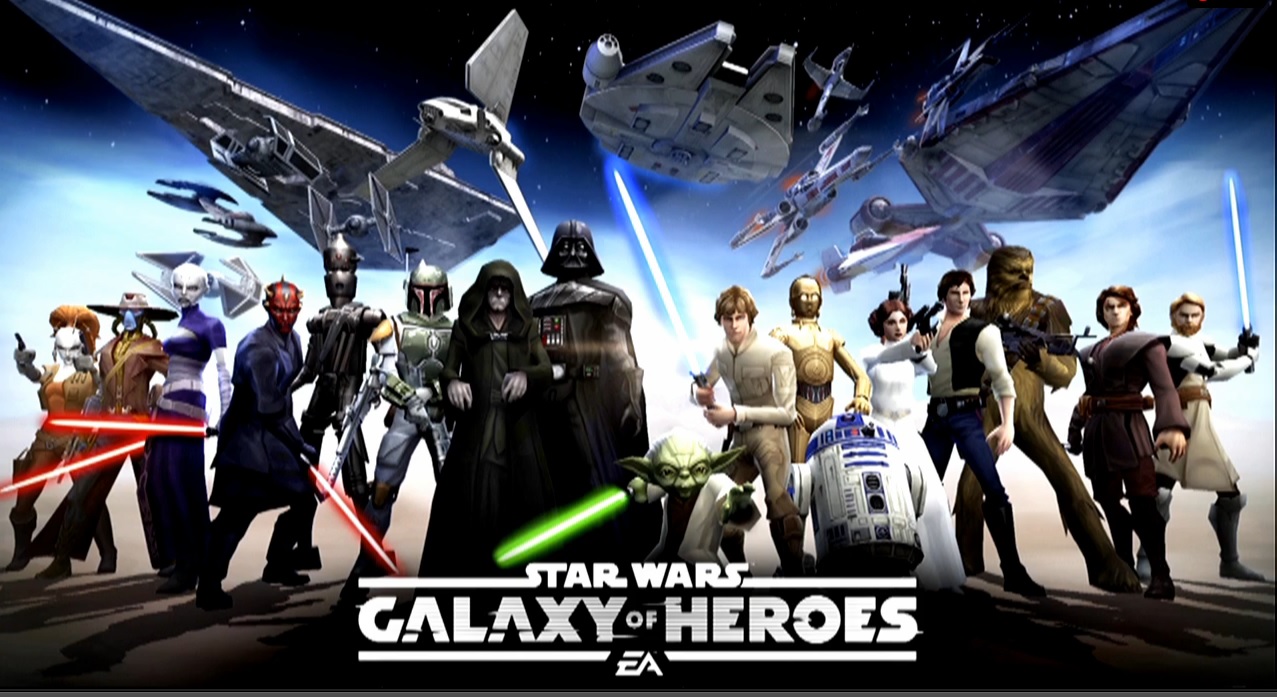 During their conference and hopping on the CCG bandwagon, EA have announced Star Wars: Galaxy of Heroes for mobile devices. It seems to include characters from all over the Star Wars canon, so expect to have your deck containing Kit Fisto, Chewbacca and Captain Phasma, along with other galactic heroes and villains.

No news on the pricing or game details, but we will find out more about Galaxy of Heroes as E3 goes on. Hopefully, it won’t have the EA curse of terrible microtransactions.