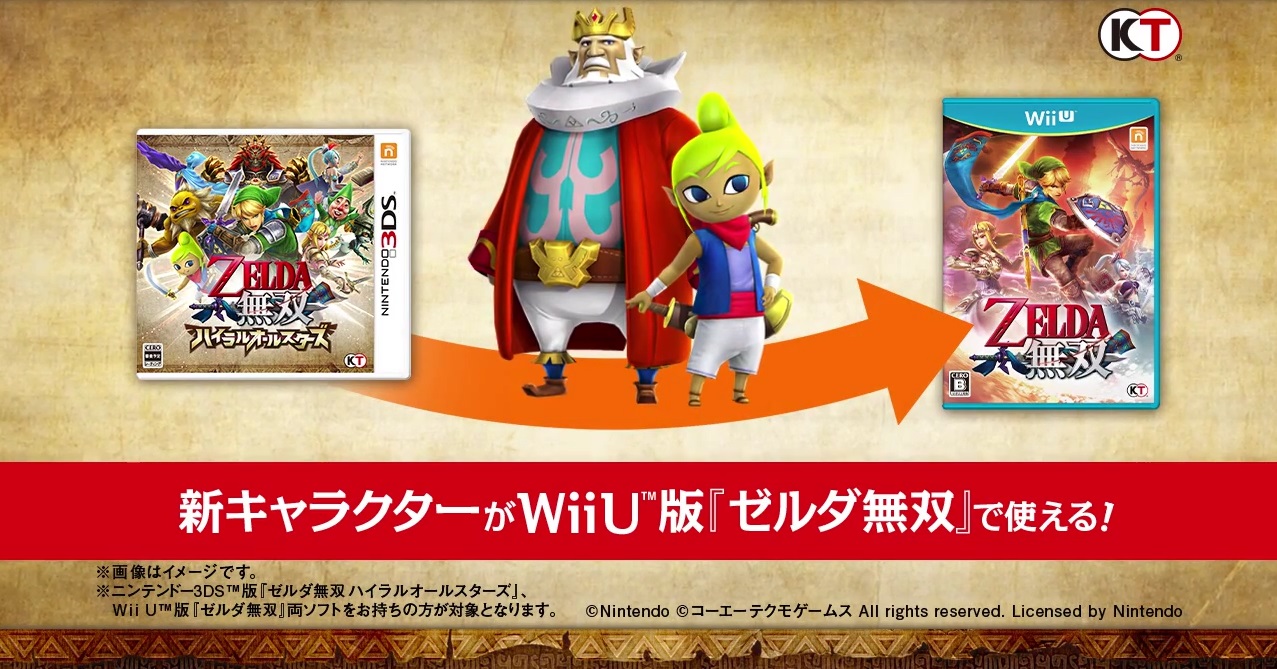 Update: The video has now been made private after previously just being unlisted. I imagine someone at Nintendo is not very happy right now.

In what seems to be a slip up before E3, someone has got access to an unlisted video on the Koei Temco Youtube channel and leaked a trailer showing Hyrule Warriors for the 3DS. From the trailer, it looks like the game is just a portable version of the Wii U game, but with all the DLC from the console version already included. One extra feature in the 3DS version is that Tetra and Daphnes Nohansen Hyrule from Wind Waker are playable in this portable installment.

We see Tetra wielding a pistol and knife combo, while Daphnes can actually turn into the King of Red Lions and hit his enemies with water attacks. You can also note that the 3DS version has a map on the touch screen, allowing players to keep their eye on allies and their objectives. By the look of the end of the trailer, if you buy a copy of the 3DS version of Hyrule Warriors, you get a code for Tetra and Daphnes for the Wii U version. Seems to be a deal very much like Mewtwo in Super Smash Bros for Wii U and 3DS.

So, what do you think of this leak? Are you excited to take Hyrule Warriors on the go? Tell us your thoughts in the comments.