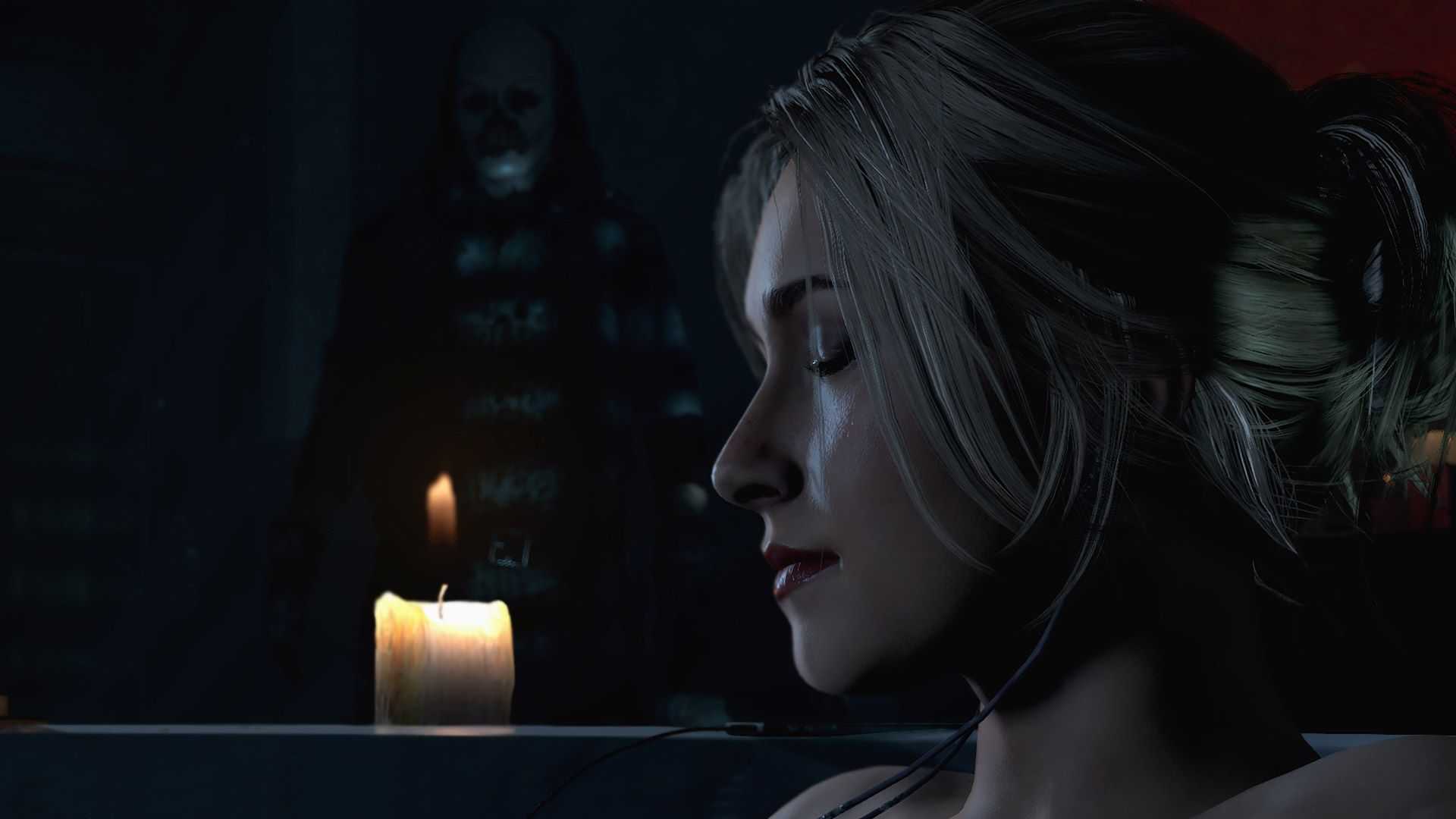 SuperMassive Games’ upcoming interactive-slash-athon Until Dawn  has finally gotten its much anticipated release date. Earlier this week a brand new trailer surfaced, showing off more of the game’s gorgeous graphics and central performances from Hayden Panettiere and Rami Malek. However, the creators are still holding their cards very close to their chest, not divulging too much as the game is shrouded in a thick layer of mystery that will surely entice players upon release. Check out the new trailer below for some new info on character relationships and a few glimpses of the game’s yet to be named antagonist.

Until Dawn follows a group of eight early-twenties who find themselves stranded in a log cabin on a snowy mountain on the anniversary of their friend Hannah’s death. Events soon take a sinister turn as a crazed serial killer appears and starts picking them off one by one. It’s not the most original plot in the world by a long stretch, but who doesn’t love a good whodunit? Especially when you have complete control over who lives and dies.

In the style of games like Fahrenheit and Heavy Rain, you must make quick decisions and rely on your reflexes to make it through multiple quick-time events and action scenes in order to progress to the story and keep each character alive. The nine hour long campaign has an insane amount of endings and a much talked about “butterfly effect” system, in which the smallest of actions can have big consequences later in the game. For example, a door that you choose to lock early in the game, could lead to a character being unable to escape the killer later, meaning you have to take every last decision into account.

Another feature is the game’s constant auto-save feature, much like the Souls series, in which any poor decisions are final and you must face the consequences of having your favourite character brutally beheaded. You will also face both moral and ethical decisions,  like deciding if to sacrifice one character to save another or to have a character make a daring escape and leaving the others to perish. If executed correctly, this could be one fantastic game with huge replay value and yet another stellar exclusive for Sony’s slick black box.

Until Dawn hits the Playstation 4 on August 25th.

The Evil Within 2 Review
Powered by Magic