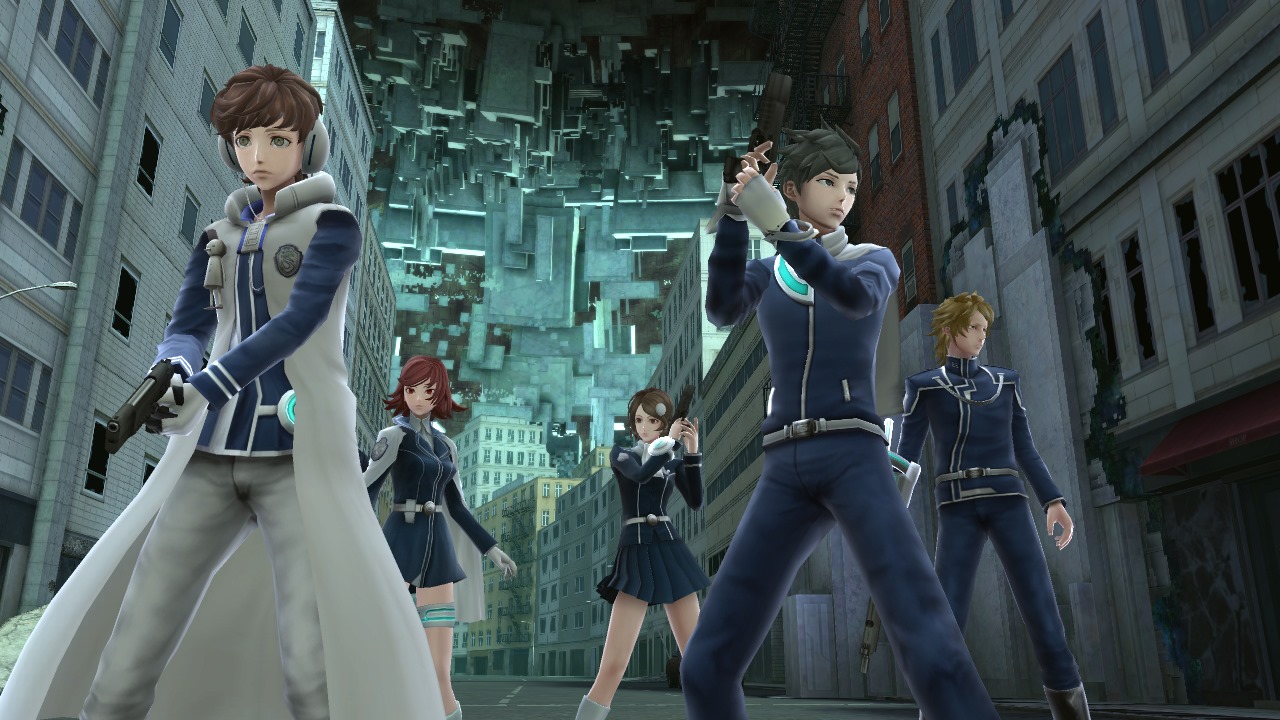 Now that the release date of Lost Dimension has been revealed, ATLUS have decided to give us some information about the characters that inhabit their new game, and some of the bonuses you can obtain if you buy the game within a promotional period.

Lost Dimension is the story of S.E.A.L.E.D, a task force of eleven men and women each with unique psychic abilities. They are instructed to climb a mysterious tower that appears out of nowhere, and defeat a powerful figure known as “The End” who is threatening to bring out Armageddon. Along the way, you will need to eliminate traitors that are chosen at random, so you will need to be careful who you let into your inner circle of trust.

In this trailer, we are introduced to Sho, Yoko and Toya, each displaying their unique abilities such as magnetism and telekinesis. The eight remaining characters will be revealed as the release date draws closer, each bringing with them a gift that will separate them from their peers. If you want to find out more about the new characters, be sure to visit the official website of the game.

If you buy Lost Dimension within two weeks of it’s intended release date in North America, you will receive downloadable content worth $20 at no additional cost.  These include additional costumes for the in-game characters, avatars for your PSN ID, all new quests to gain new items and abilities, and a map set that will extend the story line of the game. It has not been revealed if Europe will receive the same DLC as our western cousins, but we certainly hope that NIS America will allow Atlus to offer the discount to us as well.

Are you excited to scale the tower of Lost Dimension? Let us know what you think in the comments below.