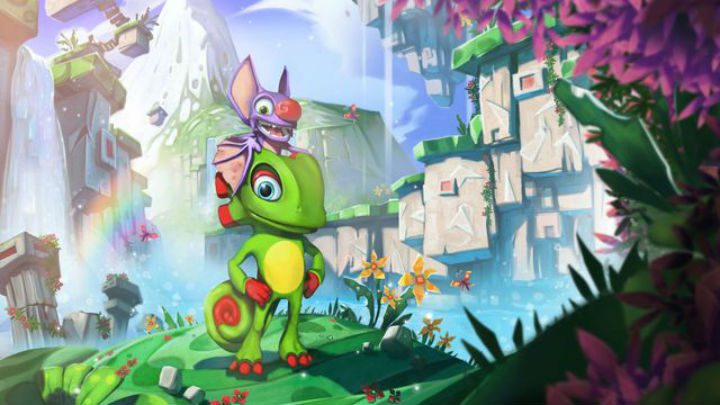 The game development studio Playtonic Games, comprised of five former employees of Rare, have finally revealed the main characters of their first game. Like it’s spiritual successor, the game is named after the stars of this brand new adventure formerly known as Project Ukulele. The classic double act formula has been left untouched, so you will be playing as a chameleon named Yooka, and a bat named Laylee.

Any details about the game itself will remain secret until the Kickstarter for the game begins tomorrow at 5PM GMT. Are you excited to find out more about this new dynamic duo? Let us know what you think in the comments below.