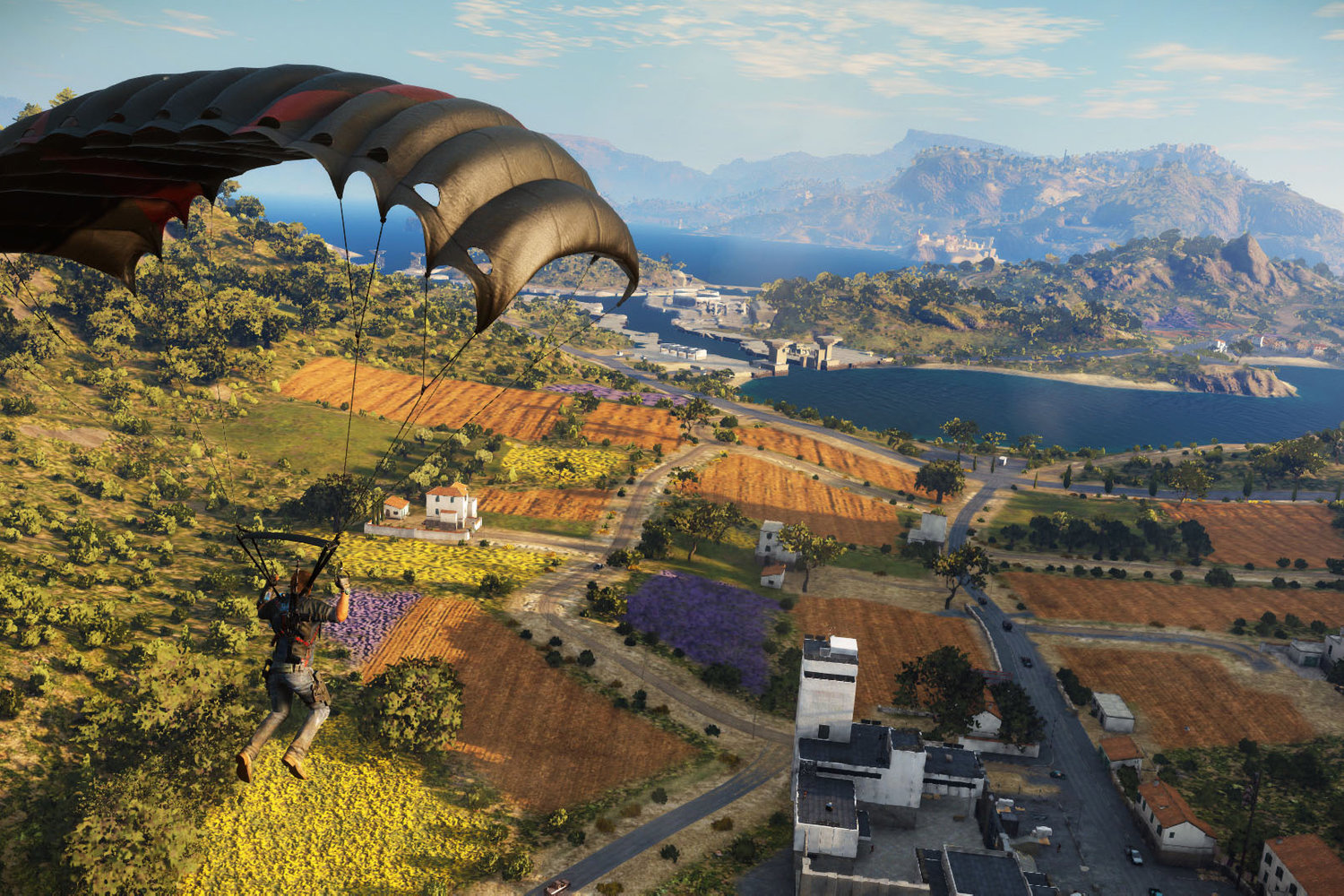 We got a Mad Max trailer last week, now Avalanche Studios has released its first gameplay trailer for Just Cause 3, showing Rico Rodriguez parachuting, blowing things up and generally causing a whole bunch of mayhem for the forces of General Di Ravello. This 3rd installment of the Just Cause franchise has Rico returning to his Mediterranean homeland of Medici, where the ruthless dictator Di Ravello has taken over and subjugated his fellow citizens. It is then up to Rico to liberate his home in the only way he knows how to, by attaching buses to the undersides of military jets and crashing them into oil fields and military installations.

The gameplay looks like Michael Bay’s wet dream, with vehicles erupting in giant fireballs and buildings crumbling to the ground in dramatic fashion. Avalanche seems to have successfully translated the madness of Just Cause 2 to current gen systems, with this entry looking like another anarchic success. The only bugbear so far is that, as seems to be the case with every AAA game now, this trailer advertises a ‘Weaponised Vehicle’ pack for those who preorder Just Cause 3, which grants players a handful of specialist vehicles which have all sorts of rocket launchers and miniguns bolted onto them.

Check out the trailer below and expect more Just Cause 3 news to come in the run up to E3: