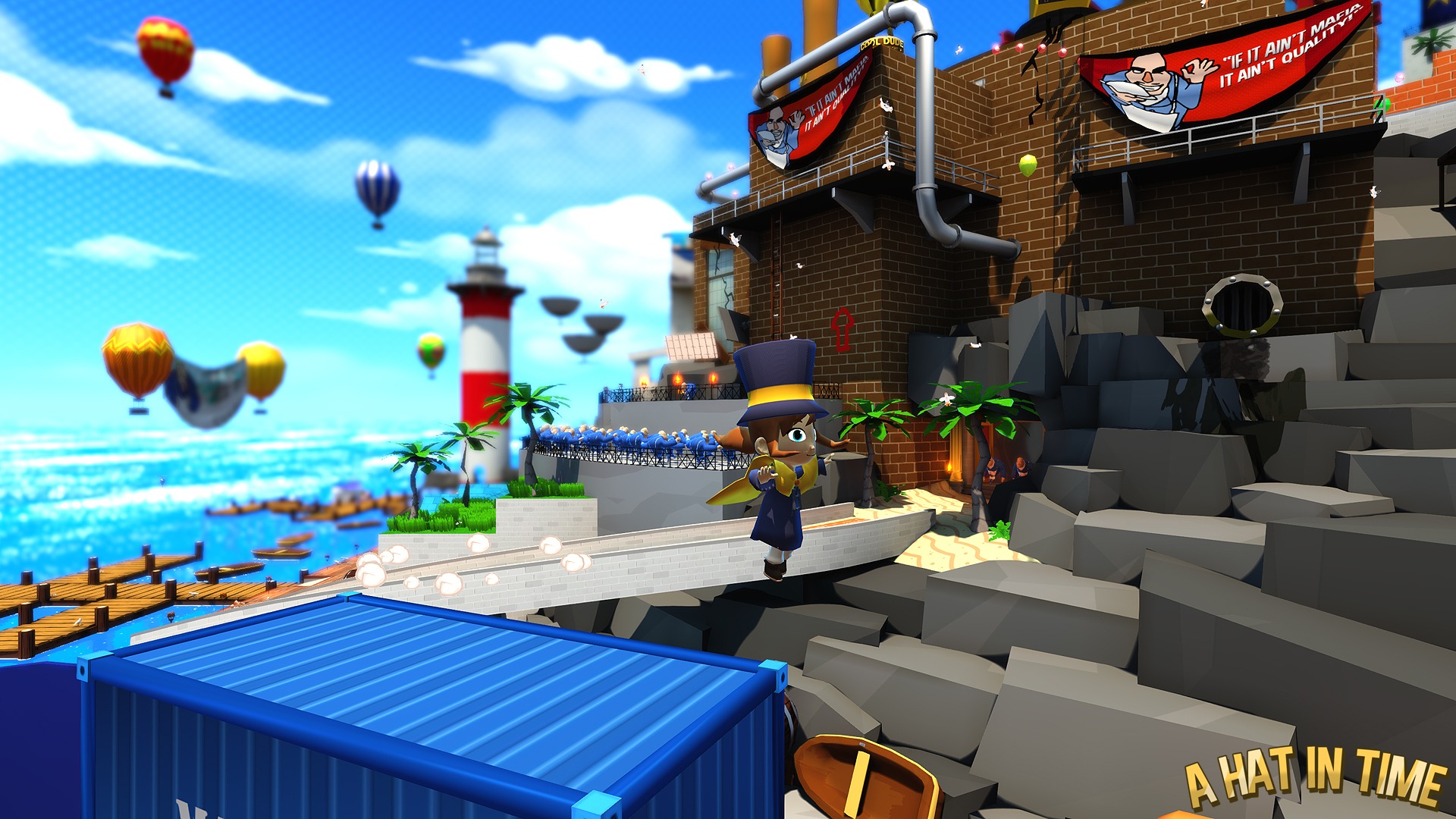 This preview of A Hat In Time is based on an in-progress version of the game. It does not represent the quality of the final release, which will available when development is complete.

Without a doubt, KickStarter is one of the greatest inventions of the current century. It might have had a few drawbacks in the beginning, and some of it’s projects may not get off the ground as quickly as the developers and supporters would like, but it is safe to say that at the very least, the games industry is better as a whole because of it’s existence. One of the projects that was funded using the system was by up and coming developer Gears for Breakfast, who promised us a 3D platformer that would bring back the memories of our youth, while at the same time offering a fresh gameplay experience that can enjoyed on a variety of modern systems. That project was given the name A Hat In Time, and as of the 7th of March 2015, it has now entered the beta stage of development.

Many older platformers kept their stories simple, and that is exactly what A Hat In Time has offered with it’s own narrative. A young girl named Hat Kid is travelling in her spaceship back to her home, where presumably she lives with the rest of her family. Whilst travelling over an unnamed planet, a group of men known as the Mafia break through the front window of the ship. This causes the ship’s energy source, known as Time Pieces, to fly out of the craft all over the galaxy and Hat Kid falls down onto the Mafia’s home world. When she has recovered herself, Hat Kid resolves to find the missing Time Pieces, so that her spaceship can resume her homeward journey.

Having played the Alpha release that was made available last year, I was pleasantly surprised on just how much has been changed. Instead of choosing your missions through a user interface, you are now presented with a hub world in the form of the broken spaceship. Although you can enter some areas of the ship, the significant drop in power means that most of the vessel is out of bounds until you have recovered the missing Time Pieces. Whether this is due to the ship’s automatic regulation of power, or some unwritten rule about game play progression, we will never know. This is certainly an alteration for the better, as the static menu felt decidedly cold in comparison to the multi-coloured spaceship with a pile of cushions comparable to the vault in Scrooge McDuck’s money bin.

The heads up display has also been altered, with a simpler font styled symbol replacing each of the stylised icons for the amount of Time Pieces collected, as well as the scattered collectable gems found along the way. The changes don’t stop at the menus however, as the structure of the missions has changed as well. Originally allowing you to drop in and complete many missions at once, you are now transported back to the spaceship every time you collect a Time Piece, in a similar fashion to Super Mario 64, which the developers themselves have admitted they draw a lot of inspiration from.

The graphics look a lot cleaner than the Alpha version, and each location has received new areas, as well as visual touch ups to add variety to each of the areas. Most of the time, the frame rate was fairly stable once I had worked out what my system was capable of getting from the game, although in some larger areas there was a little bit of slowdown, as can be expected from software in development. The controls haven’t been altered to a great extent, but as there aren’t a lot of additional base actions besides moving around, jumping and using your weaponised umbrella, this decision is probably for the best.

As well the hats and masks you collect throughout the game, a new Badge system has been implemented along the sides of something you would see in Paper Mario. Each badge you collect in the game world increases the amount of badge points you have, and most of the badges themselves can be used to activate special abilities, or increase your vital statistics such as health and speed. These additions made the game feel deeper than your average Mario game, but not demanding enough to require a large manual just to understand the core concepts.

After playing through the first few missions of A Hat in Time​’s beta build, I am loving it so far. There is a magic with this game that is rarely felt in most modern games produced these days, especially with the whimsical graphics and instilled tongue in cheek humour. My hat, no pun intended, goes off to Gears for Breakfast for constructing such a fantastic throwback to the 3D platformers the older generations remember so well. For more information on the game, be sure to visit the official website where you can buy a copy of the beta version to redeem on Steam, as well as pre-order the final title for when it is released.