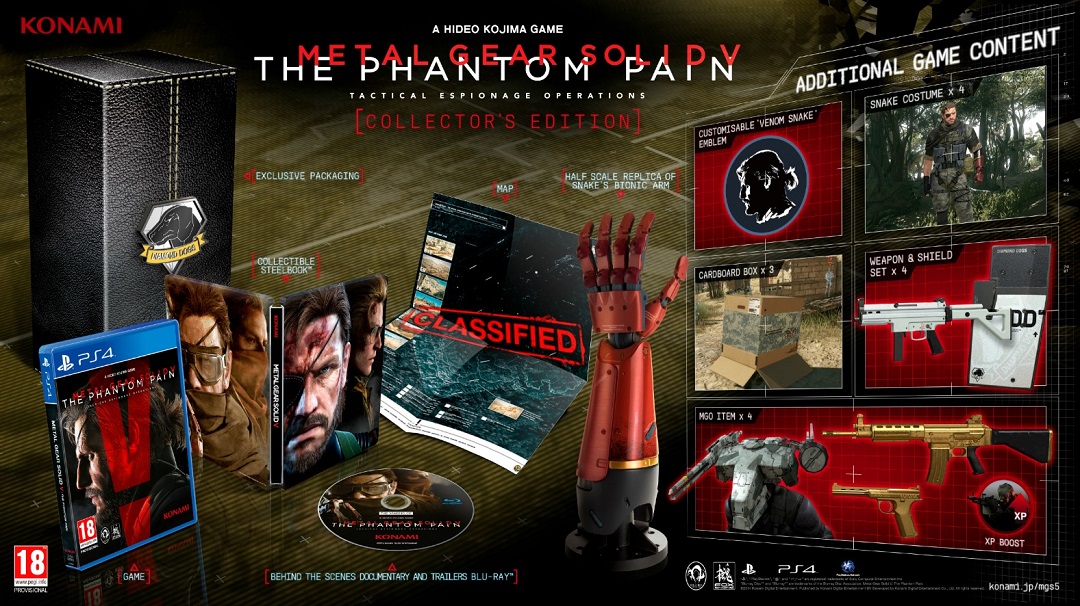 In a hotly anticipated announcement, Konami has revealed lots of brand new information about Metal Gear Solid V: The Phantom Pain, including the confirmation of that leaked release date. Even though a supposed worldwide release date was leaked on NeoGaf last night, it is confirmed that Metal Gear Solid V will release everywhere on all consoles on the 1st of September, with the Steam version launching on the 15th of September.

In an interview with IGN, Kojima has gone on record saying that this Metal Gear Solid will “close the loop” on this saga of the series, leading up to the original Metal Gear games on the MSX. According to Kojima, no matter if the series continues after this installment, this will the last Metal Gear for him. While he has said this repeatedly in the past, this could hold weight as the Metal Gear timeline is now complete as the whole of Big Boss and Solid Snake’s life has been charted out. At least if this is his last Metal Gear, he is going out with a bang and he is still working on Silent Hills, if you still want your Kojima fix.

He also stated that a new Metal Gear robot will be in this game, more in line with the dystopian view of future technology and that Snake will be fairly silent for the game, to better ensure that he is a reflection of the player, rather than just someone playing a character. Wonder why they dropped as much cash on Kiefer Sutherland as the new voice of Snake when he hardly talks?

Metal Gear Solid V will also have various collector’s and limited editions, with a special ‘Day 1’ edition which will contain a physical map of the game world, along with various bits of DLC, including an XP boost for Metal Gear Online. The Collector’s Edition will come with a half scale replica of Snake’s bionic arm, a steelbook case, a behind the scenes and documentary Blu-ray as well as the physical map and exclusive packaging. It will also include a bunch of DLC items, like special cardboard boxes, weapon skins and emblems for Metal Gear Online. The Collector’s Edition will retail for £100 and will be for PS4 and Xbox One only.

If you want details about the specifics of all the DLC items, you can find them here and expect more MGSV news to come in the next few months.