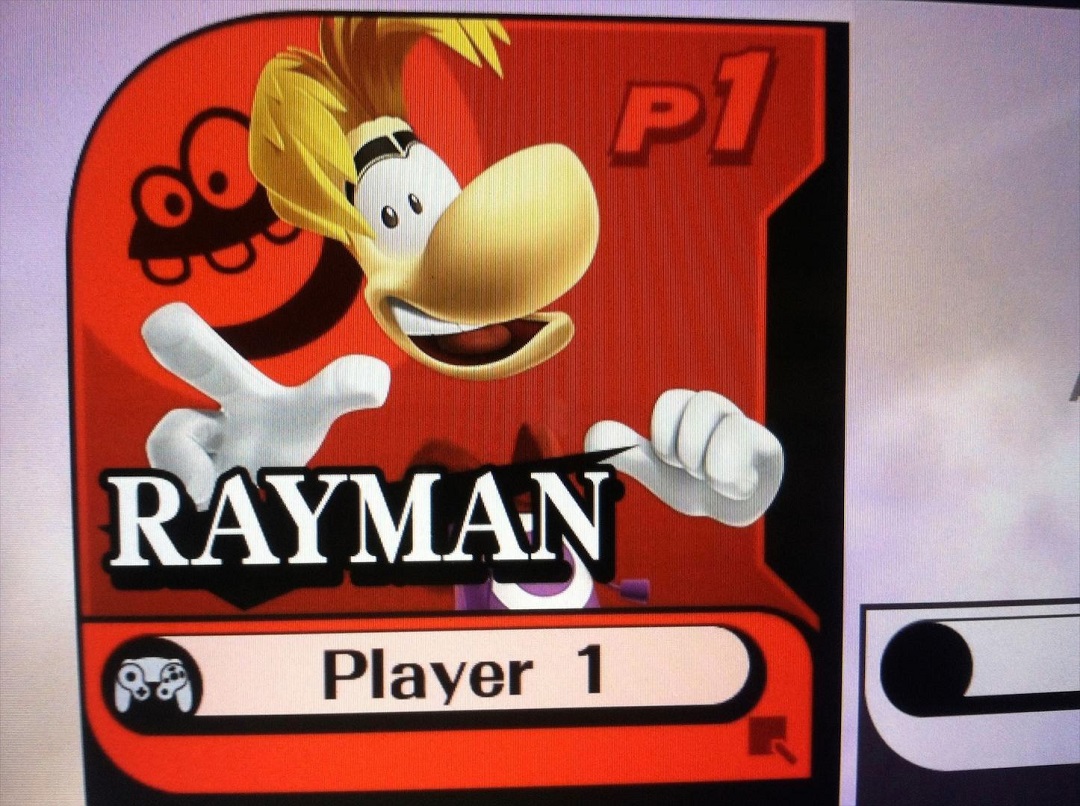 Just when we all thought we were off Mr Sakurai’s Wild Ride, a leak from a supposed industry representative has appeared on the /v/ board of 4chan, showing screenshots of Super Smash Bros for Wii U that contain Rayman as part of the playable roster. As well as Rayman supposedly being a future character, these screenshots show Mewtwo integrated on the character select screen, as well as a newly added ‘Shop’ icon on the main menu, possibly suggesting that more DLC is to come.

Now, of course, like with any leak, this screenshots must be taken with a huge grain of salt but based on the screenshots themselves, the leak seems somewhat plausible at the very least. The addition of Rayman trophies in Super Smash Bros for Wii U was an interesting decision and Ubisoft’s eagerness to have Rayman included in the full game could suggest that they wanted him as a character in Smash from the very beginning. The model shown in the screens is very well done, looking very similar to the Rayman trophy in game and seems to be a reference to Rayman’s pose on the cover of the original Rayman.

This leak will no doubt be explained soon enough but there has been a pretty reliable series of leaks concerning this edition of Smash Bros.The Duck Hunt Dog announcement seemed completely farfetched but it turned out to be true. This leak seems to be both completely bogus, yet so ridiculous that it has to be real. Rayman Legends was initially billed as a Wii U exclusive and his overall cartoon-y design fits well in the Smash Bros universe.

So far, fan reaction is fairly mixed with some rejoicing at the possible inclusion of Rayman, while others deem this rumour to be so stupid to be real and even then, why would Rayman be included over returning veterans like Lucas or Wolf, let alone often requested newcomers like Isaac from Golden Sun or King K Rool from Donkey Kong Country? You can check out the full screenshot library here and make your own mind up. Tell us what you think of this surprising leak in the comments below.

And it’s fake! Youtuber Artsy Omni constructed the leak as part of his Smashified series and even though many fans will be annoyed, I have to congratulate Omni on the sheer effort and detail that went into the leak. You can see how he edited the character select screen and how he animated the whole video below. Even though this video has been proven fake, Ubisoft are still making an announcement this Tuesday about Rayman. Could this be a hoax within a hoax?