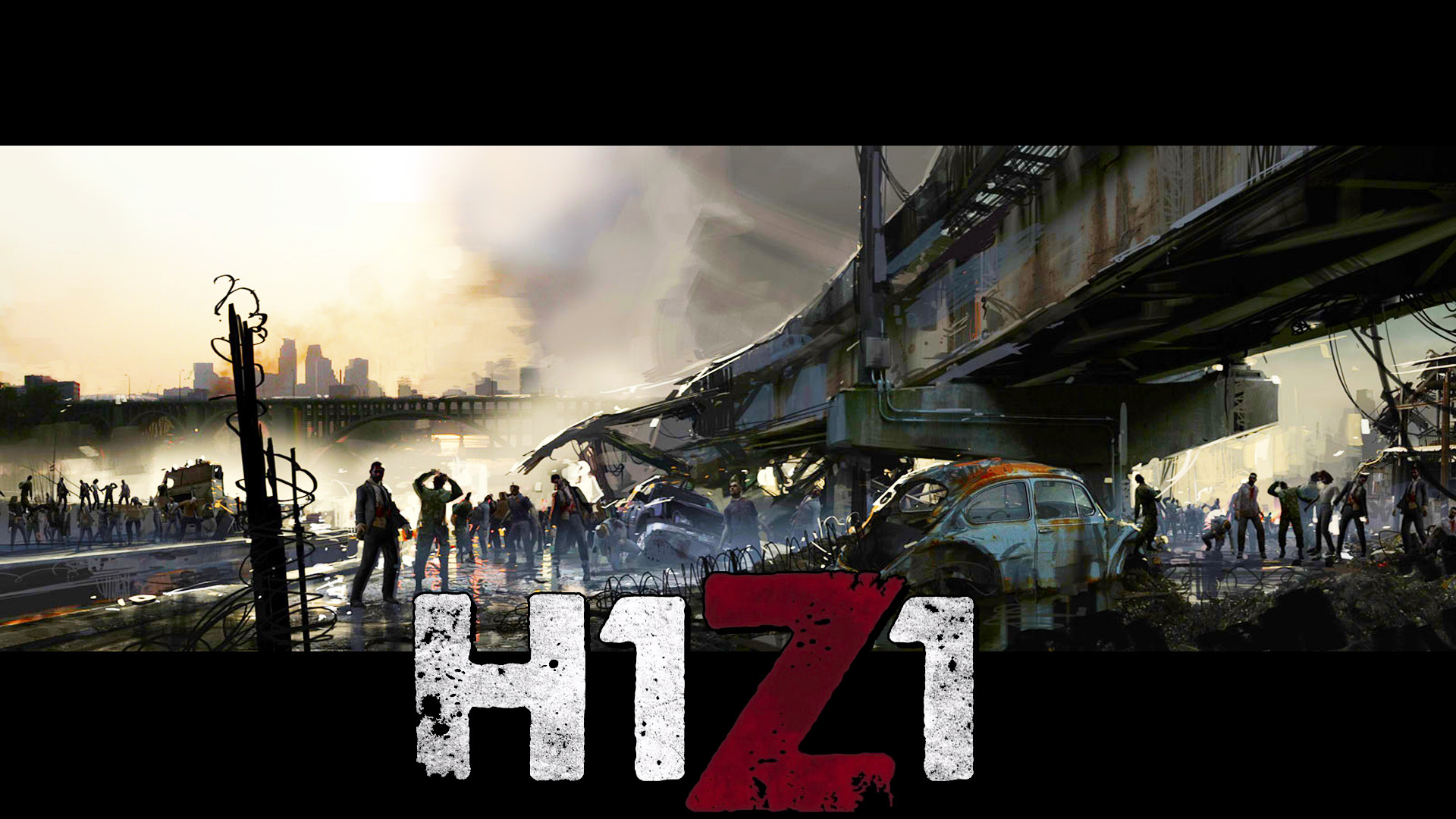 H1Z1 has to compete with a lot of other Zombie Survival Craft titles, so the question is, how does it fare against the competition?

As VGU’s self proclaimed zombie survival expert, I naturally found all the previous videos and blog posts about H1Z1 completely enticing. With it’s release, H1Z1 took a lot of beatings from the community in it’s first few hours. However with the hot fixes and patches that Sony Online Entertainment quickly pushed out, the game found it’s feet and now seems to be building off of what the community suggests.

Starting up the game you pick a server, which your character will then be locked to. When you spawn, the chances are that you will be in the middle of nowhere with only the clothes on our back and a few basic supplies. Taking off those clothes and tearing them to shreds will allow you to make a satchel which gives more inventory space. Next you will want to run around the thicket hitting “E” like a madman. Essentially there are sticks and blackberries throughout the map that are pretty much your life force. With the sticks and a spare bit of scrap cloth you can build yourself a makeshift bow and a bunch of arrows, and the blackberries will act as sustenance until you can either hunt, scavenge or craft something better.

Straight off the bat you can be at least slightly well equipped. Sure, the makeshift bow isn’t the best weapon in the game, but it will keep the zombies at bay and can save your life in the chance that you bump into another player, just as long as you get used to the drop off on the arrows. At this point, SOE may still be changing loot spawn riles, and in the time I have played I have seen both sides of the looters compass. Sometimes there would be literally nothing in 95% of the places I looked, but at it’s current state, finding loot is much simpler and quicker. Whether this is right for the game, it is too early to say. The trick is finding a balance, where you can emulate how hard looting would be, but without alienating the players who don’t necessarily want to search every prospective container for 3 hours, only to find scraps of cloth and empty water bottles.

Maybe Sony Online Entertainment haven’t quite pinned down the loot spawns yet, but the thing that they have done a great job of, is the zombies themselves. Walking around the map, you can easily bump into an undead who decided to stroll through the woods, or a group of them blocking your way to a gas station. Shambling around in true Romero style, the zombies will patrol aimlessly until they spot your fresh fleshy body. The interesting thing about the zombies is that there doesn’t seem to be a standard to them, and by this I mean some of them are still able to move with speed whereas others can hardly convince themselves to move their legs. This makes the zombies often unpredictable, especially since they sometimes will hold off on full speed until they are right next to you, at which point they lunge out for a bite to eat. The animations are well made and there is even a chance that a zombie will grab you. The first time that happened to me I didn’t know what was happening and somehow managed to have a chunk bitten out of me, causing me to bleed an extreme amount.
Graphically, H1Z1 is wonderful. As the sun passes by the tree’s shafts of light will roll toward you, trees and mountains in the distance look like the backdrop of some extravagant painting. Zombies decaying flesh instils fear with the details stepping in for your imagination and exposing just how scary the apocalypse is. The models of all assets are beautifully designed, though there is still a way to go for a few parts of the game. For example there is no female model in game yet, and there are certain place holders for some equipment, but this is to be expected with an early access title.

Crafting and building is designed in a very interesting way. Smaller huts and shacks can be placed anywhere, but larger complexes require foundations to build upon. At present the only foundation available is the deck foundation, a raised wooden platform that allows for walls and other protective shelters. Within these shelters, weapons and other valuable loot can be placed in storage containers. This effectively gives you a method of keeping gear semi-safe when you die. However, structures can be take down if the right tools are used, so a certain degree of man power is suggestible. With the crafting system, there is a discovery tab that you use by placing random materials and objects into one of the four slots, and then seeing whether combinations will allow you to learn a new recipe. This makes for a fun and interesting system that makes you try combinations of objects every time you find something new.

At its current state, there is only a few guns. These consist of a couple of different rifles, shotguns and pistols, as well as the two different kinds of bow. There is also explosives that can be crafted.
While there may not be the biggest choice of weaponry at this point, there is plenty of variety in the styles of weapons, definitely enough to satisfy looters.

On the topic of weaponry, I move on to the most controversial topic of H1Z1’s launch, and that is the air-drops. I don’t want to go into whether or not SOE have made the right choice, or whether they lied about what the air-drops entail, but I will say that I didn’t see anything that I didn’t expect, based off of what I had gathered and red prior to the release. I personally find the air drops to be an intriguing concept and one that works in terms of the free to play model. With a patch since the release, SOE changed what weapons can be found in these random drops, now you may only find a shotgun or and M1911 pistol. Many people claim that this is still “pay to win”, but I have to disagree. I’d call it “pay to be in with a better chance of finding a gun that may not even be enough to protect you”.

Another purchasable item from the Sony Online store is keys for cosmetic crates, or event tickets that allow you to take part in Battle Royal matches, a one life deathmatch style game type that pits everyone against each other with weapons that must be proclaimed on site. Whether it is right for us to have to pay for access to this feature at this early point in the games lifeline is debatable. We have already paid for a free to play game, and on top of that they want us to pay further fee’s to test out another feature, that could be completely broken. If you buy a ticket for Battle Royal and then find that some glitch kills you at the start of the match, then you have essentially paid to file a bug report. By all means, charge for exclusive game modes when the game launches, but as the whole point of early access is meant to be to get community feedback, as well as fund the game, I feel it is a bit out of line to expect people to pay even more for a game type that might not even be completely working.

As an overall, I would say that paying for early access to H1Z1 is worth it if you are into the newly acquainted zombie survival craft genre. As a fan of this style of game, I am more than happy to say that I have already got my moneys worth from it. It offers up a lot of content in this early stage That being said it may be worth waiting to see where the transition of SOE to Daybreak Game Company as was recently announced. Though this shouldn’t affect the games direction, there is always the chance that new leadership could lead to unforeseen consequences.