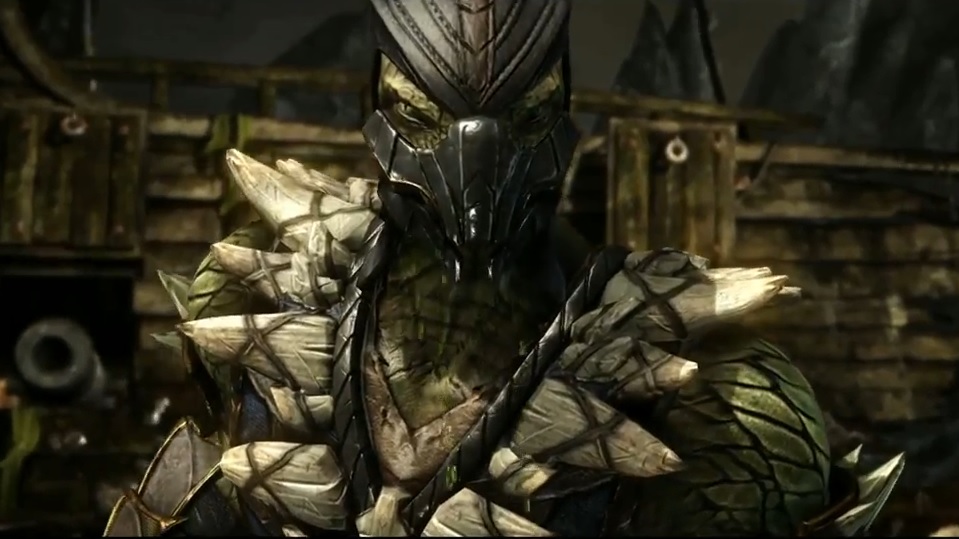 In a reveal that will please many Mortal Kombat fans, the slimy ninja Reptile is making a return in Mortal Kombat X. This announcement was to be expect, due to Reptile’s place in the current Mortal Kombat X comic and Ed Boon’s tweet of a fan ‘forgetting the relish’ in a recent picture which may hint Cyrax and Sektor’s return in MKX.

This version of Reptile seems to have many of his traditional abilities intact, with him vomiting acid and turning invisible just like old times. His design is a lot more rugged than in MK9, supporting a bone collar and a face mask which looks very similar to that of Predator. No news on his Variations as of yet but more will no doubt be revealed in Thursday’s Mortal Kombat X livestream.

So, we’ve had an extra reveal this week. Who do you think the two other characters are going to be? Will it be Sektor and Cyrax? Will Jax and Kabal make an appearance? Are we going to see the return of Bo Rai Cho and Mokap? Keep your eyes out for more Mortal Kombat X news later this week and check out Reptile reveal trailer below: