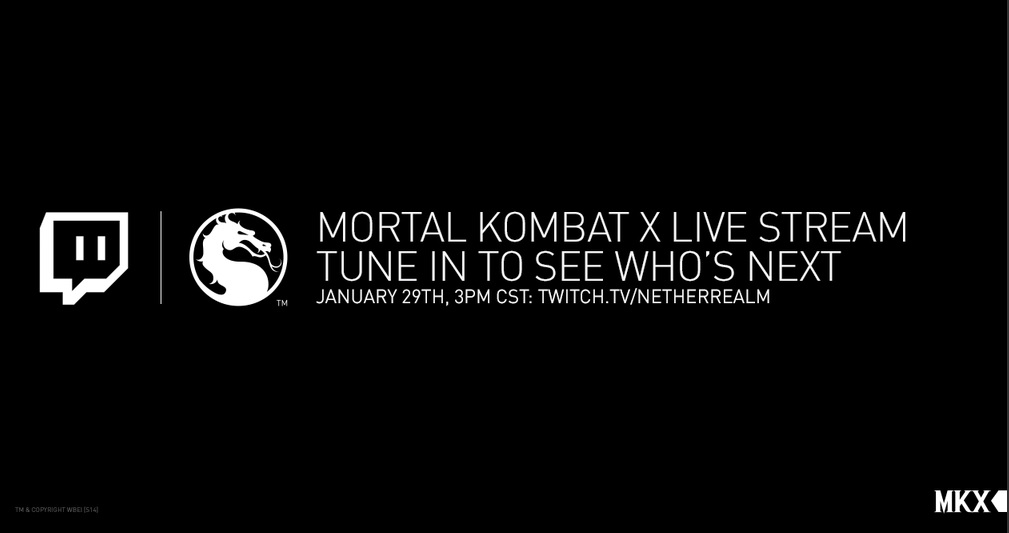 As we start to creep ever closer to its release, Ed Boon has let slip some juicy information prior to an important Mortal Kombat X livestream happening next week. In tweets from the creator of the series, he stated that 2 characters are to be revealed in the upcoming livestream, as well as hinting at who these two characters might be.

One tweet showed a picture of someone holding a bow, prompting fans to guess that Nightwolf may be one of the two characters that we may see next week. In a response to a tweet showing a ketchup and mustard bottle (a reference to the development names of the cyborgs Cyrax and Sektor), Boon responded that the fan forgot the relish, which lead people to believe that Reptile may also be on the way as a returning fighter. With the Lin Kuei being a faction players can pick as part of MKX’s new online component, it would be safe to say that the robo-ninjas will be making a return in this installment.

Other guesses for the characters to be revealed are Kenshi the blind swordsman, based on Boon tweeting a Vine which showed mocap actors performing a move which looked very similar to one of Kenshi’s telekinetic attacks. Based on Kitana’s recent reveal and a Gamestop promotional video that recently leaked, other fans speculate that we may see Mileena making her debut in this upcoming livestream.

We will know all the gory details coming Thursday 3PM CST/9PM GMT when NetherRealm goes live with its special Mortal Kombat X livestream. Expect a plethora of MKX news following that stream and tell us who you think should be revealed next in the comments below.