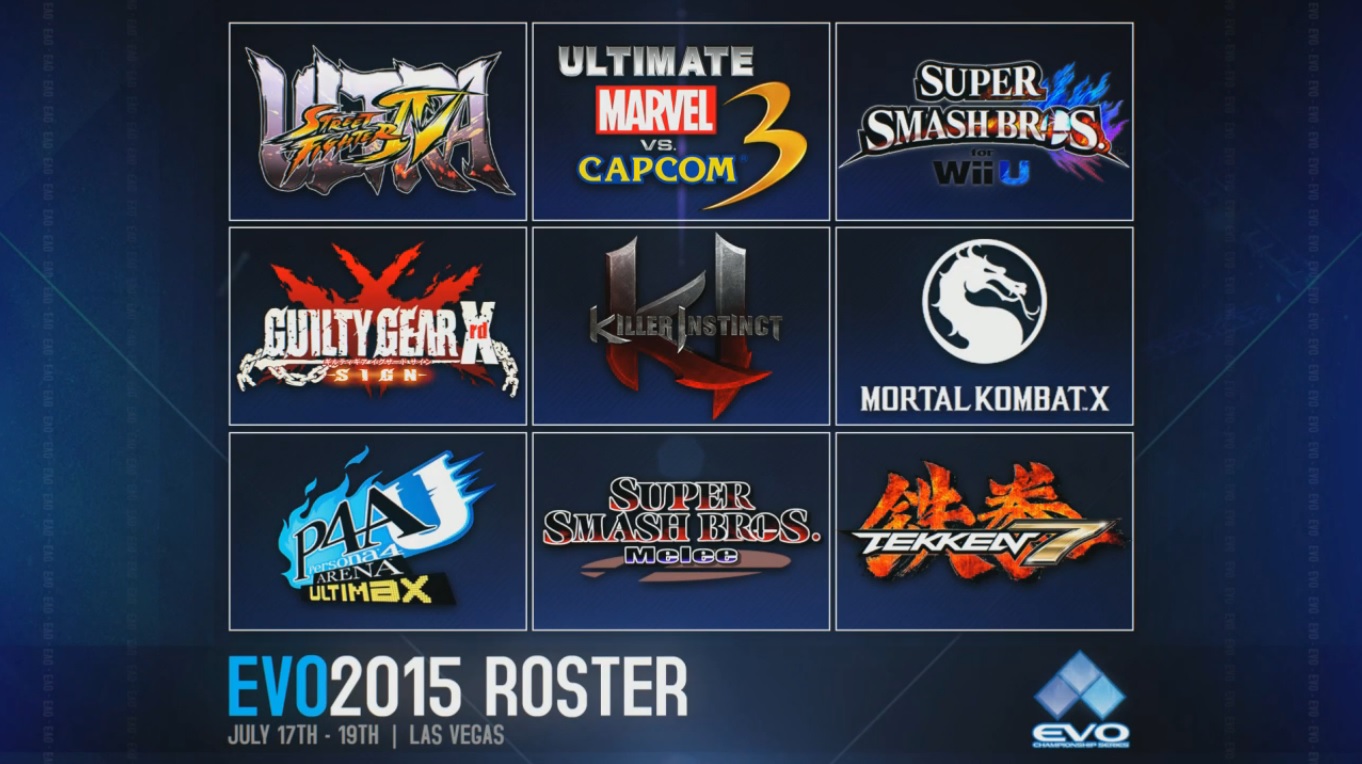 In news many people in the FGC have been desperately awaiting, the 9 game lineup for this year’s Evolution Championship has finally been announced by Joey ‘Mr Wizard’ Cuellar. The old reliable Ultra Street Fighter IV is there, along with old guard Ultimate Marvel vs Capcom 3, with Marvel possibly having its final year at EVO. Two games that have yet to be launched, Mortal Kombat X and Tekken 7 are on the list, while anime fight fans have Guilty Gear Xrd and Persona 4 Arena Ultimax to keep them busy. Tekken 7 will have the privilege of being played on arcade at EVO this year, as opposed to console.

Killer Instinct is also a returning fighter this year and in a reveal which has been part rejoiced and reviled in certain parts of the FGC, both Super Smash Bros Melee and Super Smash Bros for Wii U are tournament games at EVO 2015. There was much fear over which Smash installment would be picked and luckily, most of the community has been satisfied with this pick.

EVO 2015 will take place from July 17th-19th at Bally’s/Paris in Las Vegas so getting booking hotel rooms and tickets as to not miss the FGC’s biggest yearly event.

So what do you think of this year’s lineup? Are there any glaring omissions? Are you planning to go to EVO this year? Tell us your thoughts in the comments below.