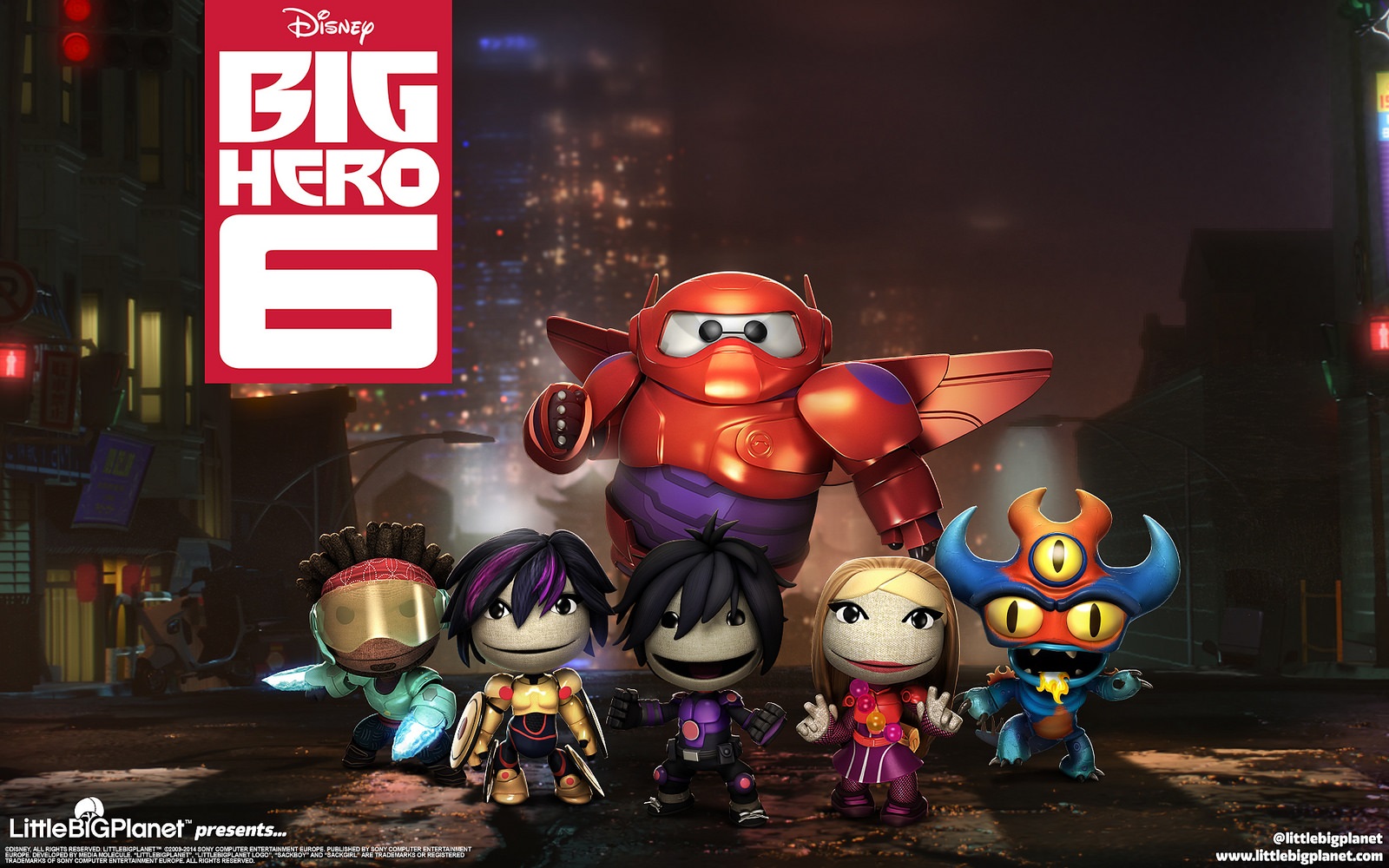 Little Big Planet 3 is set to release new DLC this week that is tied in with Pixars latest title, Big Hero 6

Big Hero 6 is the latest brainchild of Pixar Animation, that released in the US in November of last year, and that is set to hit UK screens later this month. After its success with US audiences, Sumo Digital have struck a deal to put the costumes of the films characters into LBP3. The Little Big Planet Series is well known for it’s synergistic approach to cosmetics in previous DLC packs spanning across the whole series. Whether it is Metal Gear, Street Fighter, Pirates of the Caribbean, Marvel Or DC, there are hundreds of costumes that have expanded the already huge customisation options in the series.

According to the official Playstation blog post, the costumes will be available separately, or as a pack, with the pack including a “Bayamax” costume for the in game character, Toggle.