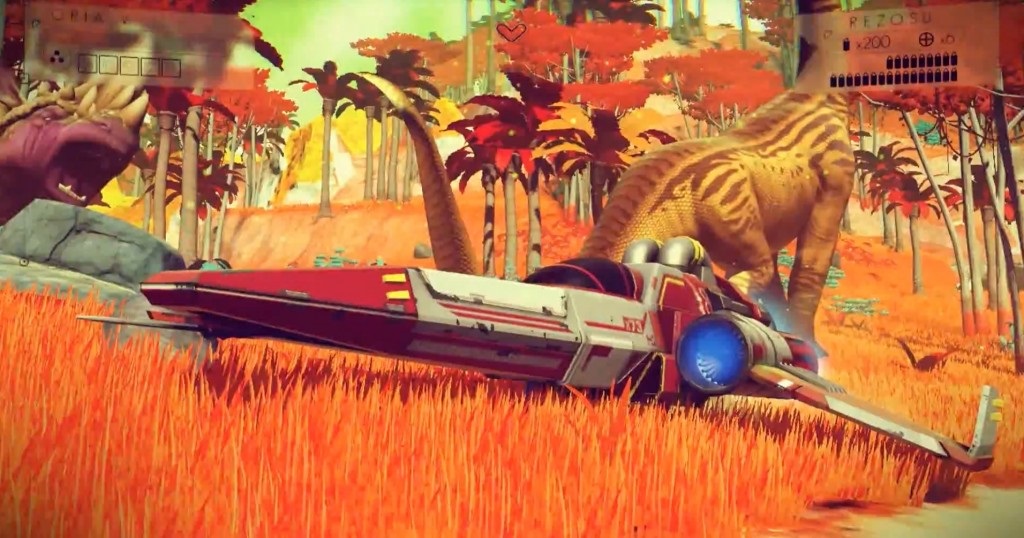 We’ve done our look back, now it’s time for a look forward. As tradition dictates for this time of year, let’s make some predictions for the next year in the gaming world. The list will be broken down into 5 industry-specific and 5 game-specific predictions in no particular order, so get ready as we look into our crystal ball and predict the big news stories for next year.

5. Microsoft brings out an event to go up against the Playstation Experience

This is a fairly safe prediction but due to the success and publicity PSX garnered, it would make sense that Microsoft brings out its own Xbox Experience to combat their big console competitor. Sony seem to have shown most of their hand for 2015, with an even spread of top shelf and mid-level titles throughout the year while there are still big blanks for the Xbox One. Whether this event will take place before or after E3, who knows, but expect some big Xbox exclusive event sometime in 2015.

4. Nintendo will release a new Wii U variant

Now that they have regained some of the lost dosh from the Wii U’s initial slow sale, I imagine Nintendo may create a new Wii U, similar to the Playstation Slims of yesteryear. I imagine this new Wii U will probably have increased hard drive space, a smaller console and maybe a slightly redesigned tablet controller, but I doubt it will be a ‘New’ Wii U, like Nintendo’s recently announced New 3DS. With there actually being an install base for the Wii U now, forcing fans to buy a brand new Wii U to play new games would be piddling in everyone’s chips.

3. A bidding war will erupt over Capcom

Capcom seems like it could be a major battleground in 2015, as companies try to grab exclusives before someone gets a majority stake and makes it a second party. Sony seem to have got in first with the Street Fighter exclusivity deal but I imagine Nintendo will be forking out some serious cash to snag Monster Hunter and maybe Megaman in the new year, if Capcom keeps renting itself out to the highest bidder.

2. Amazon will finally release their console.

We know that Amazon is working on something. Their buying up of studios like Double Helix suggest that they are developing something and I believe at E3 this year, it will finally be revealed. My guess is that it is some kind of special gaming tablet, having some game streaming capabilities built into it, similar to Playstation Now or Onlive. No doubt there will be some kind of Twitch integration with this console due to Amazon’s acquisition of the company, so this system could be the one stop shop for streaming game content.

I don’t know what is going on at Valve at the moment. Steam seems to be in a bit of a state at the moment, while the rest of the company seems to be content just to pump out TF2, Dota 2 and CS GO content packs. Their VR kit seems to be coming along well but there is no way that it will come out in 2015. Source 2 seems like the only thing that they are gearing up to launch in the next year. There will be much fanfare surrounding the engine release, probably round the time of E3, but besides maybe an up-rezzed version of Half Life 2 running in Source 2, expect nothing else new from Gaben’s studio in 2015. Hopefully, I will be proved wrong for everyone else’s sake but that is my gut feeling.

5. No Man’s Sky will be released and be this generation’s Spore

After successfully blue balling everyone for the whole of 2014, I have officially given up on Hello Games’ space simulator thing. The main problem is that we still don’t really know what it is and the team seems to be resistant to showing us anything besides fancy flythroughs. I’m sure it is an amazing universe with millions of planets to discover but the fact that you refuse to show a live gameplay demo and seem to hide behind promises of a great experience, makes me very suspicious that No Man’s Sky will be all talk and no trousers.

4. Rare’s secret project will be a spiritual Banjo successor

We know that Rare is working on something. Cryptic tweets from Phil Spencer about Rare’s new game as well as a Vine from one of the original Banjo composers finding an old banjo cannot be a coincidence. While I don’t think the game will be a direct Banjo sequel, I think the game will retain the essence of the bear and bird, and hopefully kick start Rare’s rebirth in this generation. Or it could be a remake of Battletoads. Either or.

3. Mojang will announce Minecraft 2, and it will be a PC/Xbox One exclusive

Now that Microsoft has control of the money making machine that is Mojang, I predict that will cash in on this landmark grab, by announcing that there will be a sequel to Minecraft, and that it will be an Xbox One and PC exclusive. Microsoft need a big, heavy hitting exclusive after Sony seems to be buying them all up and I think control of a new Minecraft game will be a hefty blow.

Author’s Note: This list was written before the Minecraft: Story Mode was announced so I’m sort of right that there is a new Minecraft game coming out. I know it’s not technically a sequel but I’m taking it a as a victory so there. It’s not like I’m going to get any other predictions right.

2. The Last Guardian will finally be announced. For 2016.

You may see this as a cheat but the announcement will happen in 2015 so I think it still counts. I believe that The Last Guardian is still in development and will be formally announced for release at this year’s E3. While Sony does have some heavy hitters in development, like the new God Of War and Street Fighter V, I still think they are holding the ace up their sleeve in the form of The Last Guardian. It will be the final game announced at their press conference at E3 and everyone will go bananas.

1. Metal Gear Solid V: The Phantom Pain will win Game of the Year across the board

From all the footage I’ve seen of MGSV, I think it will set the benchmark for this generation and be ‘the game’ of next year. While games like the Witcher 3 and The Division look sprawling and promising, there are no real top flight releases that look set to blow everyone’s collective socks off. I could be wrong and the game could be mediocre, but something about all of the screens and work gone into it tells me that The Phantom Pain will be the top dog in 2015.

So, what are your predictions for 2015 and how wrong do you think I am? Will I get any of these right? Tell us your thoughts in the comments below and expect resolutions to all of these predictions in the new year!