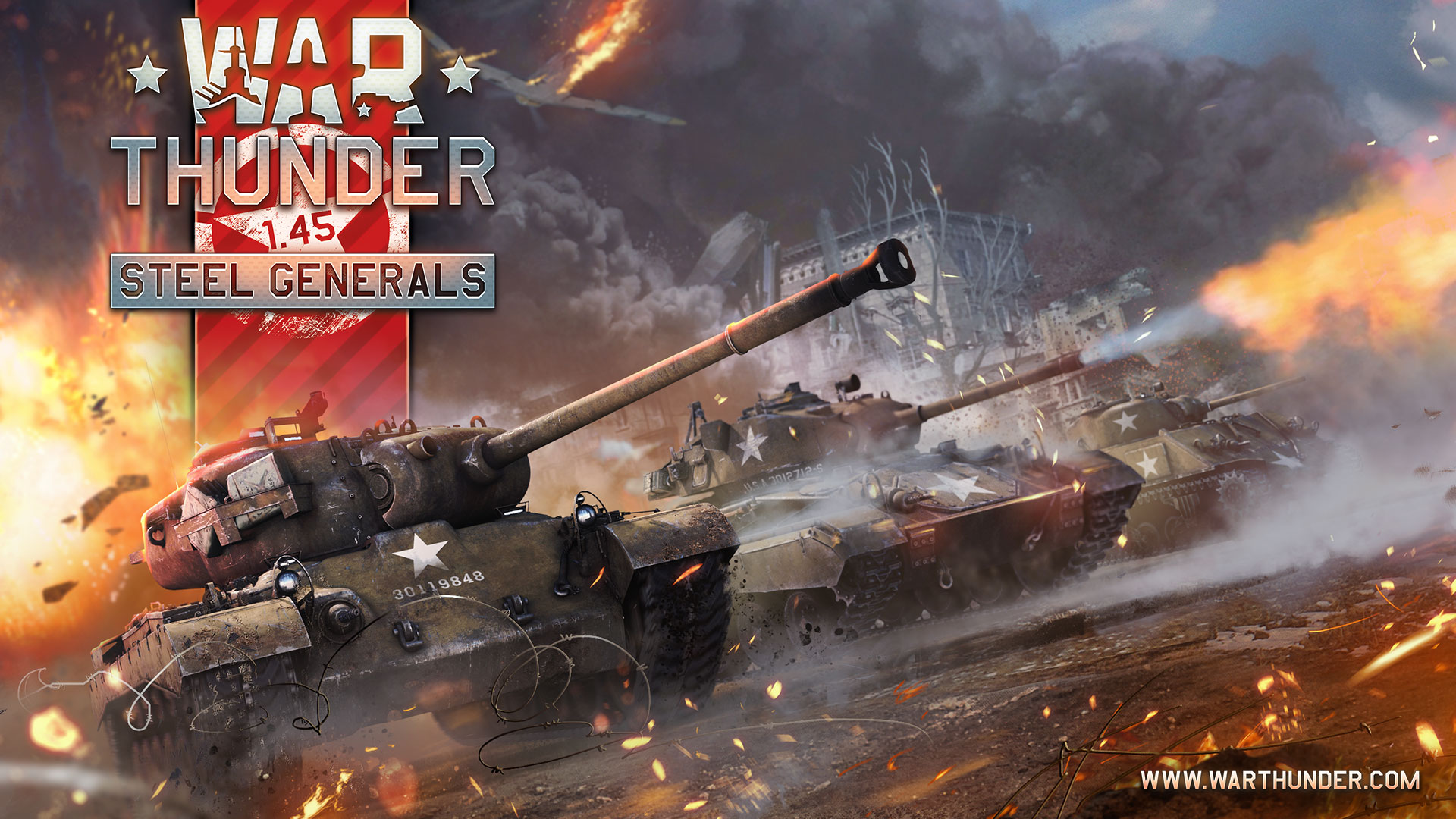 Update 1.45 for the MMO War Thunder is now live. Steel Generals as it has been dubbed will give players more excitement than ever before, also featuring access to the first six American tanks. By Q1 of next year, the guys over at Gaijin Entertainment will release up to thirty heavy armored tanks from the World War II period.

CEO of Gaijin Entertainment, Anton Yudinstev, had this to say about the updates launch:

“We’re happy to release the update before the holidays to give our players plenty of time to try out the new features. The Steel Generals closed beta and Q1 rollout plan will guarantee that by the time the tanks reach the majority of players, they will be optimized for the epic battle experience that our fans have come to expect.”

Steel Generals will come equipped with four new maps. ‘White Stone Fortress’ for both air and ground battles, ‘Eastern Europe’ with varied ground and urban terrain and finally a air-combat only map ‘Battle of Moscow’ that allows you to play in a 128 X 128 Kilometer map based around the epic historical battle between 1941-1942.

With a plethora of new content for you to check out, War Thunder keeps getting bigger and better. What’s next on the games horizon? Battleships? More historical battles? The possibilities seem endless.

What do you think of Steel Generals, the 1.45 update for War Thunder? Let us know your thoughts down below.