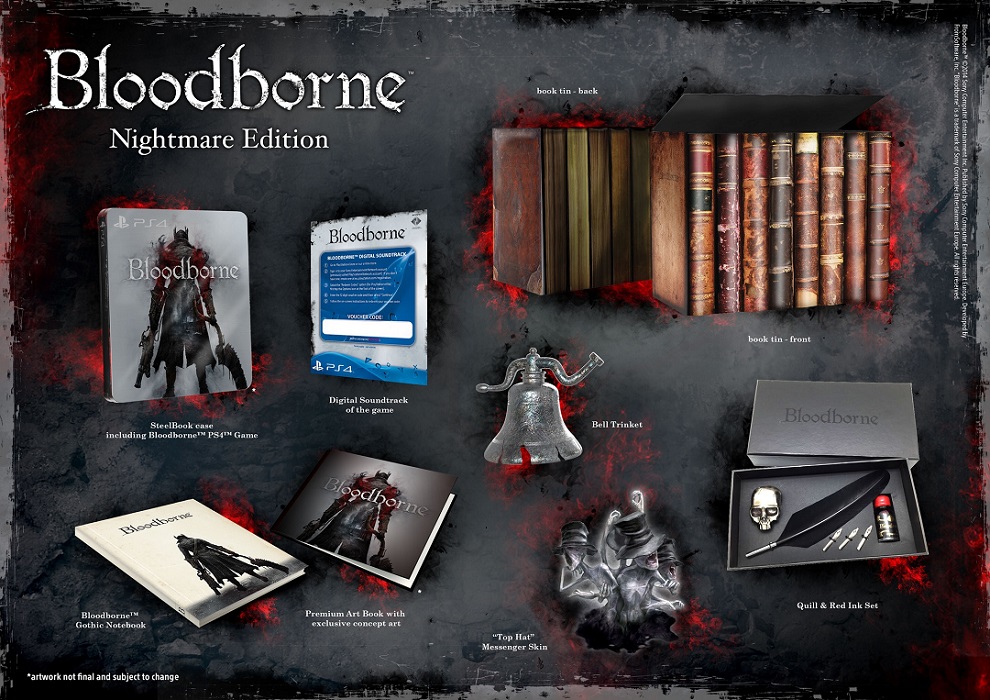 After the Chalice Dungeon reveal at PSX, Sony has revealed information on the Nightmare and Collector’s Editions of From Software’s Bloodborne. The Collector’s Edition of the game will retail for €79.99 and will include the game with a steelbook case, along with a premium art book and code for the game’s digital soundtrack.

The Nightmare Edition will cost €119.99, including all of the goodies from the Collector’s Edition along with a gothic notebook, a quill and ink set, a Bell trinket as well as a Top Hat skin for your in-game messenger. All of this will be placed inside a tin which looks like a collection of aging books. Along with this, the game’s pre-order bonuses have also been announced. Players will receive a Bandages and Fedora Hat skin for their messenger, as well as a Saw Cleaver steelbook if they pre-order at select retailers.

Bloodborne will release in Europe on the 25th of March and stay tuned for more Bloodborne news in the new year.