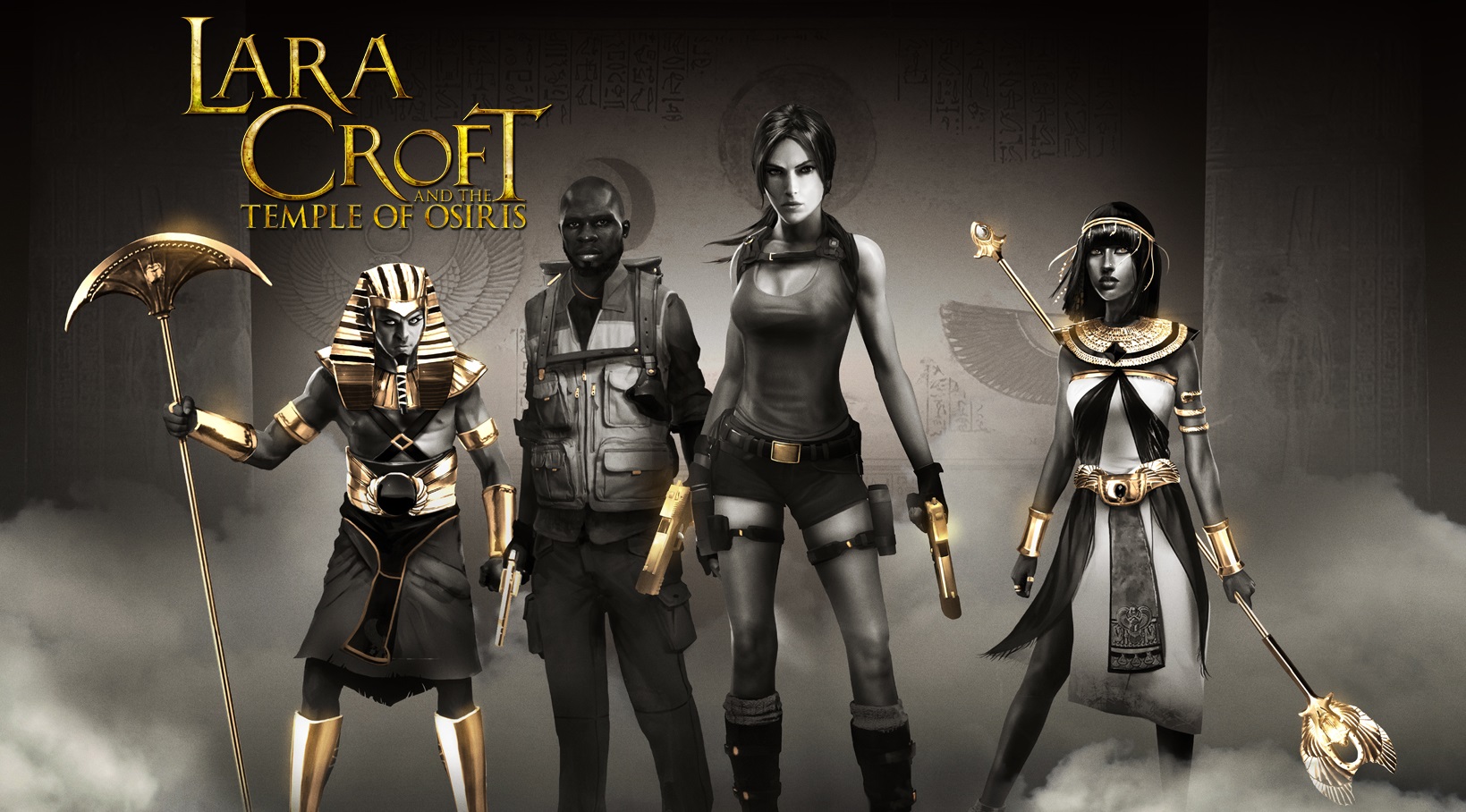 Crystal Dynamics and Sqaure Enix’s arcade shooter with a twist, Lara Croft and the Temple of Osiris, launched today for PS4. PC and Xbox One.

Following on from 2010’s experimental and critically acclaimed outing, Lara Croft and the Guardian of Light, this new game features the same isometric camera angle and twin-stick gameplay as the first game, but with double the number of playable characters.

Lara Croft returns of course, and in classic Tomb Raider fashion, while hunting treasures in Egypt, she and her rival adventurer Carter Bell accidentally unleash the god Set. The Egyptian deities Horus and Isis are playable too, and the four heroes have to overcome Set by solving devious puzzles.

What this of course means, is competing for the highest score among friends and tricky situations where you might “accidentally” kill an ally to get a higher score. The possibilities for trolling your team-mates seem quite extensive, and it’s this “co-operative competition” that Crystal Dynamics is hoping will provide hours of couch-co-op fun.