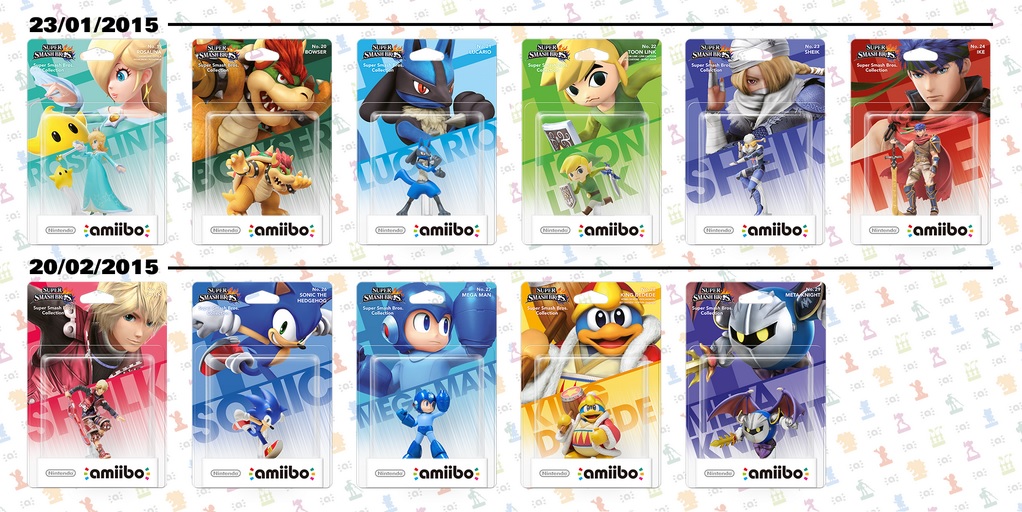 In news coming from Nintendo today, they have announced the 3rd and 4th waves of amiibo figures, coming in January and February of 2015. The 3rd wave will include Rosalina and Luma, Bowser, Lucario, Toon Link, Sheik and Ike, with this set being released on the 23rd of January.

The 4th wave will include Shulk, Sonic, Megaman, King DeDeDe and Meta Knight, and will be released on the 20th of Feburary. We will no doubt hear about the March and April figures sometime in the new year and based on the package of these two sets stating that these amiibo are part of the Super Smash Bros collection, expect brand new amiibo lines coming out in the future.

We’ll no doubt see Pokemon and other franchise exclusive amiibo as the toys take off in popularity. amiibo officially launches in the UK on the 28th of November, the same day as Super Smash Bros for Wii U and are priced at £10 a figure.

What do you think of amiibo in general? Will you be buying any figures? Tell us your thoughts in the comments below.