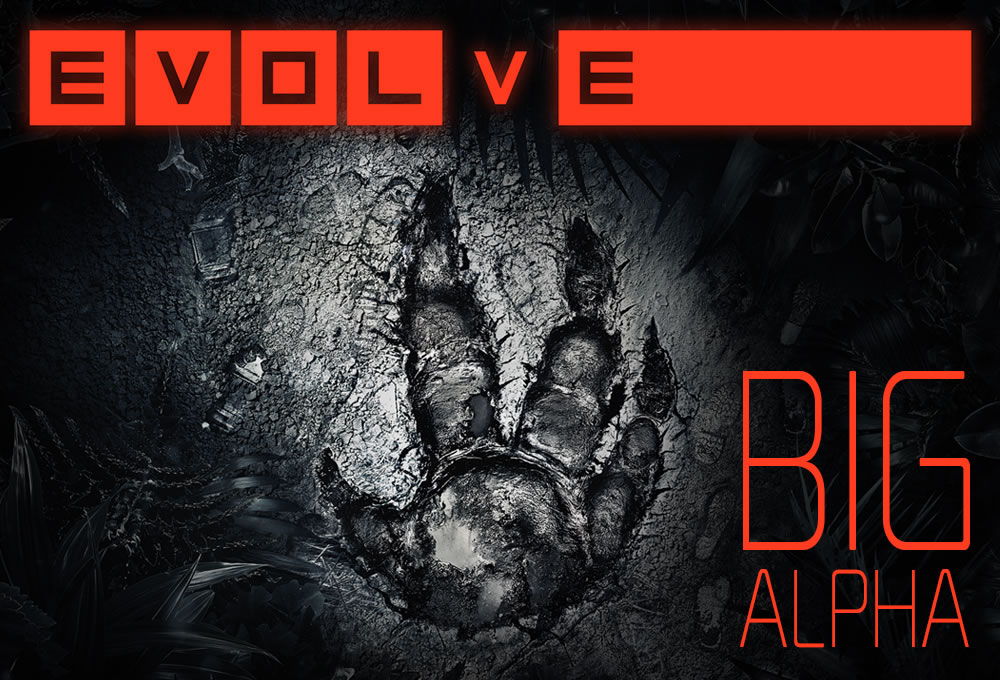 Here at VGU we had a chance to take some time away from video game writing to play some actual video games and Evolve is one a lot of people in the team have been looking forward to since we played it at 2K’s. As there were so many inching to express their thoughts here is a couple paragraphs from each person who played the beta across the platforms.

I’ve played Evolve a few times before this Alpha and loved every minute of it, and I loved the alpha as well, but it did reveal a few flaws in the game to me. For one thing, teamwork is a must. So many people were playing the alpha without their headsets in, just aimlessly running around getting themselves killed. If you want to play by yourself, then play as the monster. Lone hunters are no good to us here, get on the mic or get the hell out. My general thoughts on Evolve haven’t changed, so check out my preview for a more in-depth analysis.

I don’t see Evolve having too much mass appeal, but it will definitely carve out a dedicated community, much like Left 4 Dead before it. There is too much skill required for this to be a pick up and play game for the masses. Of course, I wouldn’t have it any other way. See you on the hunting grounds.

I had a great time playing Evolve this last weekend, it was everything that you would expect from it and more. There is a world of difference between playing as a Hunter or The Monster, it almost feels like a different game based on which side you are playing on. My main concern was the map size, but the alpha have proved to me that there was nothing to worry about. The map feels large and open, leaving for wide open spaces for quick travel, and high up ledges or cliff sides to hide out.

My main complaint is how quickly the game starts up in the beginning, I was hoping that games would start out with more tracking and hunting rather than the hunters closing in on your position within the first minute or two. It is possible to track footprints, but it never really seems necessary as it’s not difficult to find the monster during your hunt.

Overall, complaints about pacing aside, the Evolve Alpha has made me much more excited for the full game than I had previously been. Hunting requires a good deal of teamwork, and being the Monster requires it’s on deal of Strategy and keeping on your toes during the first two stages. Evolve is definitely a game to keep your eye on when the release date gets closer.

Evolve reveals it’s truest and deepest asset in the post game summary, and that is that it is the latest generations take on Pac-Man. Much like Nintendolands “Mario Chase”, Evolves after match score board shows a top down view of the map, and plays a replay of the prior events from that perspective, thus revealing the Pac-Manesque concept. However Evolve is much more than a yellow circle being chased by ghosts and vice versa. The similarities stop at 4v1 in an enclosed arena.

Chasing the monster through dense foliage, watching trees fall and birds scatter as it panics, and finally capturing it in our combat arena was a thrilling experience, but even then we still had our work cut out for us. On the flip side, playing the monster is equally enthralling. Stalking and killing your prey of both indigenous and Human varieties is engaging, but the latter requires a little more forethought. Stealth is key to the Monsters survival at first, but when you grow in power, the destruction the Monster causes is incredible, merciless and exhilarating. I feel like Evolve may take up a vast chunk of my future.

Evolve for me has been something I have been wanting but not realising it until the first time I played it at a preview event and got in front of the monster controls. Being the underdog…kind of, and having to use stealth and diversion while eating animals to evolve is just right up my street. Playing as the monster for me is the best part of Evolve and adds something that few games have yet to achieve. The only problem with the recent aplha I had was the game telling me PC controls when I was using an Xbox controller. I spent the whole match as the monster running away trying to find the button to Evolve. It ended with me losing after 20 minutes because I did not destroy what I was meant to.

Playing as the hunters though is still exciting and the game is made on solid team work. Without it you lost precious time to hunt down the monster effectively and take him down before he beefs up. Each class has its own job to do and playing your class well only benefits the team more. Sticking together is important as even the level 1 monster can take down a straggler and if your the medic you won’t even really scratch the monster’s itch.

Overall, the alpha was fun and being able to set your class preferences in order of most wanted to least wanted allows you to always play the class you like, be it the monster or each of the 4 hunters. It has kinks and to be expected but hopefully the next public test, the beta will have more to offer and be a little more ironed out.

So that is what we think of Evolve Big Alpha but what did you think of it? Let us know in the comments.