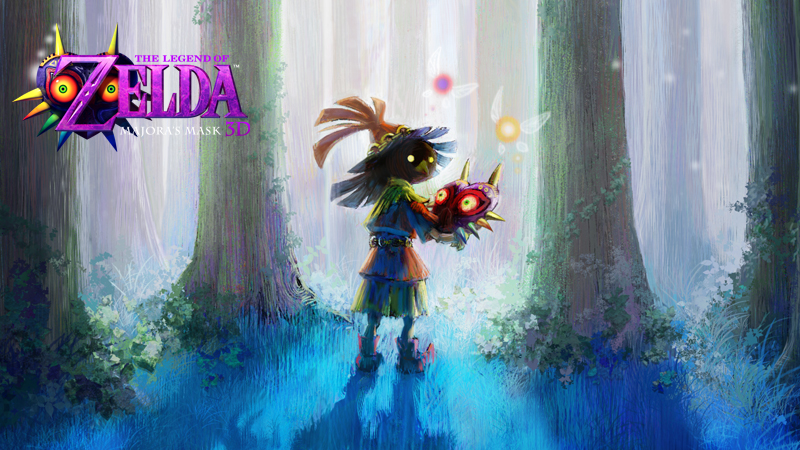 In a recent post to the Nintendo Miiverse, Zelda series producer Eiji Aonuma has shared some new details on the development of Majora’s Mask, including a curious statement that the game will be more than ‘just a remake’.

In the announcement, Aonuma reveals that the development of Majora’s Mask 3D began way back in 2011, just after the release Ocarina of Time 3D. The producer comments that he was reluctant to reveal any information on Majora’s Mask until he was sure the game was going to be more than just another remake, and ‘worth your time.’

He elaborates on this point, going on to say, “We’ve spent a lot of time making sure the gameplay experience is smoother than in the original version without taking away from this unique world. I hope those that haven’t played the original game, and those of you that played it but gave up mid-way through will take this opportunity to give the new version a try.”

This is a very intriguing move from the developers of Majora’s Mask, and will no doubt have fans wondering just how far these changes go. As Aonuma acknowledged, Majora’s Mask was not the most accessible of games back in its day, and whether this re-imagining of the cult classic will become somehow easier or more straight forward will be interesting to see. Fans also have to wonder if any of the game’s core content will have been tweaked, with it already being noted that the Mask of Truth now features on the promotional art for the game, though the item itself was largely useless in the original. Perhaps this mask will now be more integral to the tale, or perhaps we’re all just looking into things a little too hard.

Aonuma does, however, assure fans that the Majora’s Mask will still be just as weird and creepy as every fan remembers it, and that more details will be revealed as we move closer to Spring 2015.