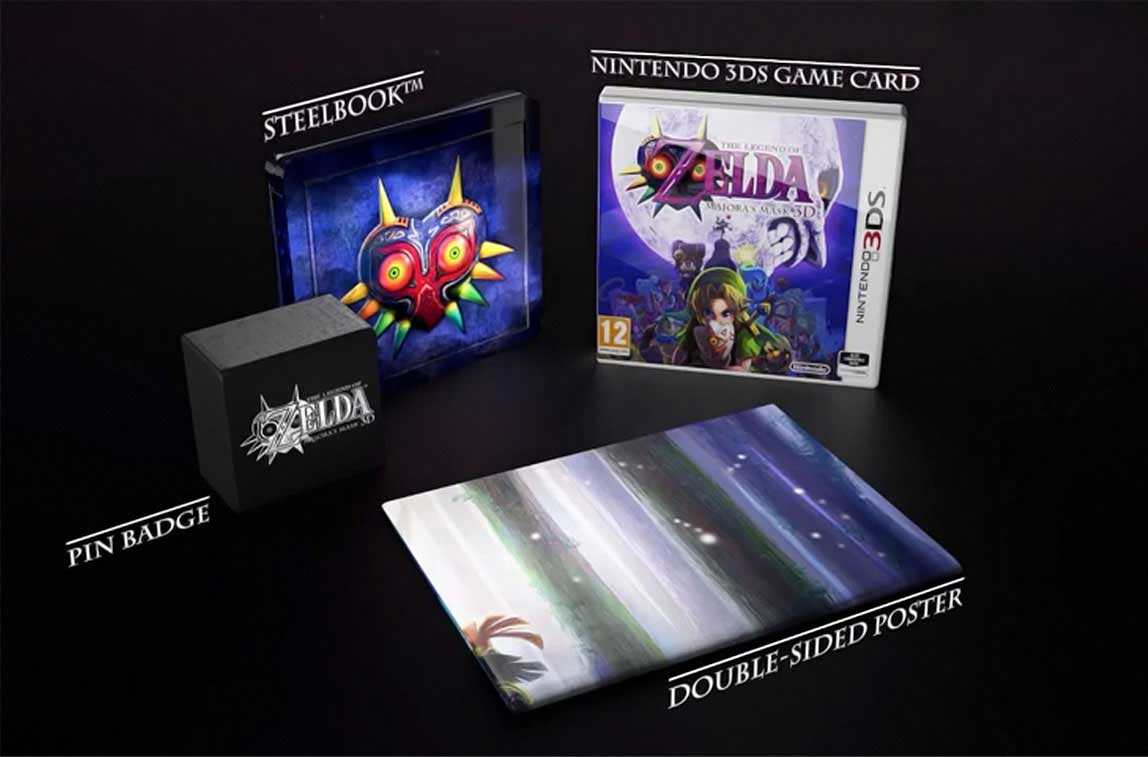 The Legend of Zelda: Majora’s Mask 3D may have only been announced just yesterday, but already Nintendo have revealed an exciting special edition of the game that will be available upon launch.

The Majora’s Mask 3D Special Edition bundle will include a beautiful metal pin of the legendary mask complete with presentation box, a steelbook to keep your game safe, and a double sided poster to jazz up your living space. It is the perfect gift for any fan of the most haunting entry in the Zelda series, and one that will no doubt be eagerly sought after upon the game’s release.

This special edition will set you back just £45, which is very reasonable considering the game alone will likely retail at £35. However, as the announcement was made through Nintendo UK, we can only confirm that the bundle is heading to Europe for the time being, and you can preorder it right now at Game.

Majora’s Mask 3DS is set to launch in Spring 2015, only on 3DS. Keep an eye on VGU for more details as we have them.