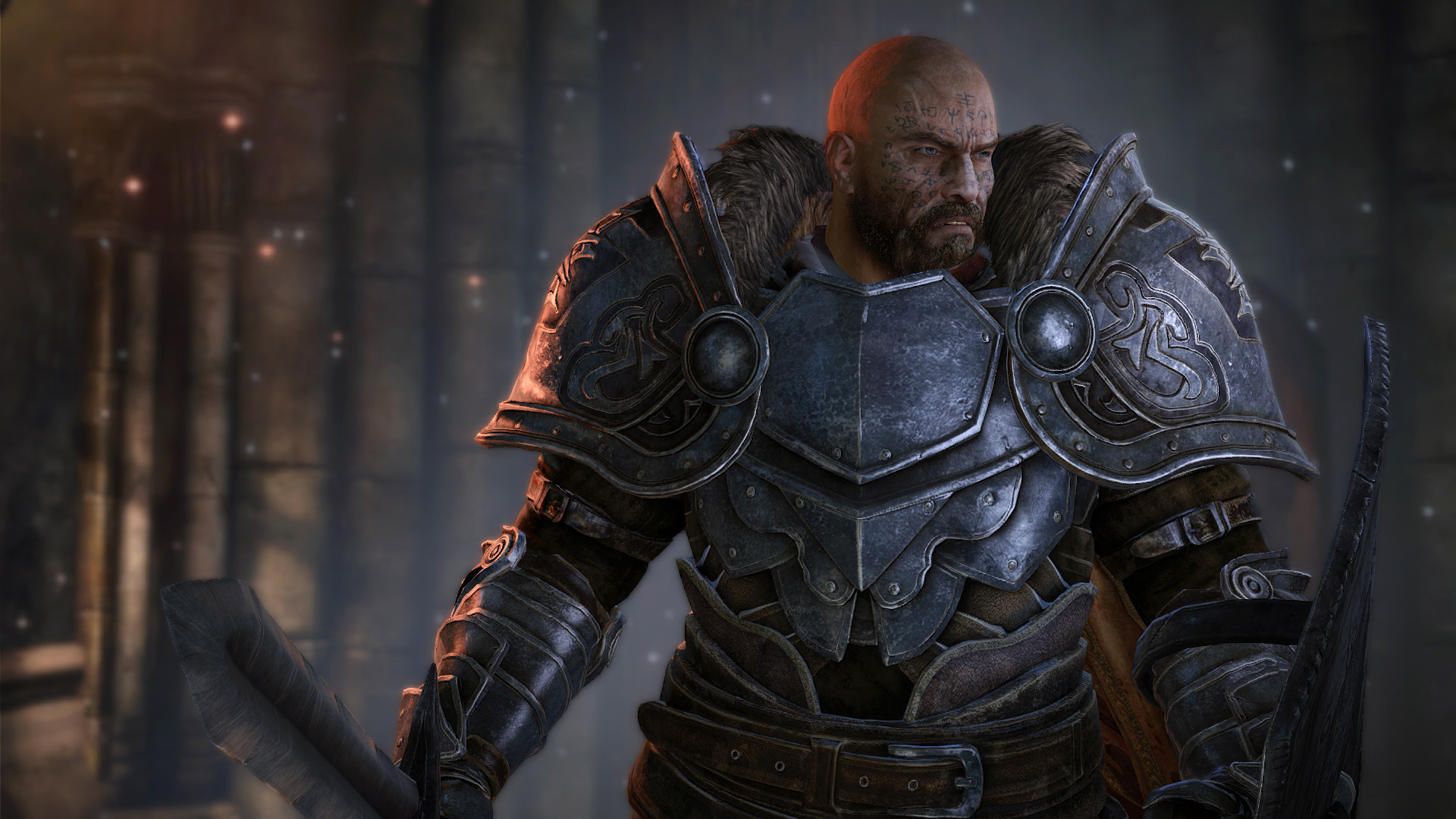 For the longest time, the Souls series has dominated in its own unique niche of the gaming market. With no one to really compete against them, the games have effortlessly gained worldwide renown and a big fan base to boot. However, do they finally have a competitor in the form of Lords of the Fallen? Backed by Square Enix, is this a more accessible but yet just as engaging game experience we’ve been looking for? Time to armour up and find out.

First thing to note about Lords of the Fallen is the great art style. Taking on a more colourful and exaggerated appearance, the game simply looks great. The overall style helps to emphasize the great armour, weapon and enemy designs, which fit in well with the world and also compliment the battle system. In the game, your equipment has much more of a role to play than just effecting how fast you can run or roll from attacks. It also effects the environment around you, such as giving you the ability to break floor boards underneath you to create pit falls. It is interesting to note that you can also use your enemy’s weight against them and have them fall into these pits instead of you.

After liking these aspects of the game, there were some big concerns that arose, one crucial component being the combat itself. Fighting with your main hand weapon, using either one or two hands, feels slow. So slow, in fact, that by the time I got to hit an opponent, I had already taken a ton of damage. Magic also plays a part as you are able to cast devastating spells that can annihilate enemies in a single hit. Regeneration over time, however, does again seem slow, though this could potentially be based upon armour and stats. The controls also feel strange as switching from one hand to two is based on the D-Pad. This confused me and made me wonder whether there is an option to have multiple main hand weapons or not as there is room for more than one off-hand weapon.

The biggest problem that I have with this Lords of the Fallen, however, is that the game has issues with response times. When I was in a decisive battle against a tough enemy and wanted to roll away from his attacks, after pressing the roll button, the game spent at least 8-10 milliseconds to respond to the action. This caused me to come close to death multiple times during what would be a simple fight. Even when attacking with light and heavy attacks, the response time was similar at around 6-8 seconds of wind-up. In this time I had opponents knocking me out of my animation, even when I was holding down the button to block with my off-hand shield. With latency issues between button presses and in-game reactions, I died more times than I wish to remember. This made the game more frustrating that fun, resulting in me leaving the booth.

It is sad to say but Lords of the Fallen failed to impress me on the show floor. It was too slow and too unresponsive for me to appreciate it as much as the Souls series. In those games you have complete control so that if you die, it’s your own fault. In this it felt like the game itself was against me, as it would not respond fast enough, causing me to die on a more regular basis. However, Lords of the Fallen does have some interesting and great visuals which are appealing to the eye. I am hoping that these critical combat issues are addressed in the full release, as for now I am going to go back on to Dark Souls II to have an enjoyable experience.

What do you think of Lords of the Fallen? Do you think it is a game worth picking up? Let us know your thoughts in the comments and be sure to have a look at more of our coverage from EGX 2014.

Lords of the Fallen