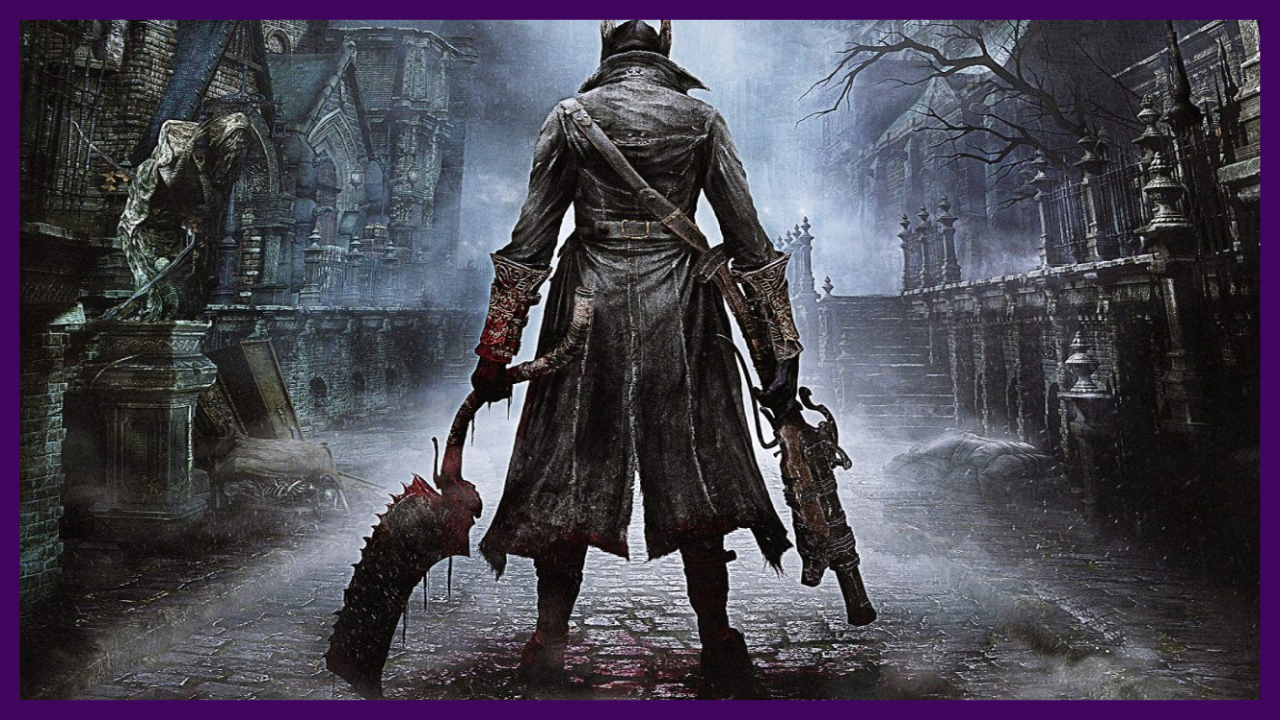 The highly anticipated new game from the director of Dark Souls is Bloodborne; a PS4-exclusive action-RPG, much in the same style as its notoriously challenging cousin. Sony had the game’s demo playable on the showfloor at this year’s EGX event in London, and we got our hands on it.

Bloodborne is set in Yharnam, a city that evokes the feeling of a classic vampire horror movie. With its crumbling gothic architecture, cobbled streets and twisting alleyways, Yharnam could be a setting as memorable as Lordran was in Dark Souls.

The demo began as we made our way through streets, which were littered with coffins piled against walls, abandoned upturned carriages and wheelbarrows left to the elements. Yharnam is clearly long desolate, and is filled with townspeople who have since become beast-like creatures due to a terrible curse. Yharnam supposedly has the cure hidden within its walls, and it’s up to players to find it and rid their own player character of the curse. Of course the storyline will probably grow beyond that, but it’s a very Dark Souls-esque premise nonetheless.

Upon seeing an enemy – a tall, once-human townsperson attacking with pitchfork – the familiar and brilliant Souls combat engine springs into life. Clicking the right analogue stick will lock the camera onto the enemy and allow you to strafe around them. The way rolling works has been adjusted from the Souls games, in that the dodge button now initiates a dash during combat. This dash sends you much further than rolling does, and it’s much faster too. You can swerve around enemies much easier than in the Souls games, which is necessary as Bloodborne is a more offense-oriented game.

Bloodborne is balanced around the fact that there are no shields. Fans of the Souls games who liked to play behind a big shield with heavy armour will have to adjust to the dodging and rolling play style. If you’re not locked on to an enemy, instead of dashing you’ll do the classic Souls roll. Both the roll and the dash felt like they had more invulnerability frames than in Dark Souls II, which is perfect for someone like me who played the original Dark Souls without a shield to make my character lighter.

Molotovs are the new firebombs, and Blood Vials are the new Estus Flask…sort of. Healing in the Souls series is always a point of discussion and Bloodborne shakes up the formula even further. There were no Estus Flasks or Lifegems as in Dark Souls II, instead we had Blood Vials. They function as a sort of cross between the aforementioned healing wares – they heal rapidly like the Estus Flask from Dark Souls, but are one-time-use items like the Lifegems from its sequel.

Also worthy of note is that there is a brand new method of healing in the game. Upon receiving damage, if you hit the enemy back again within a short time, you’ll regain some health. FromSoftware really have considered the fact that their game is now shield-less and it will be interesting to see how the more offensive, action-driven design of Bloodborne will play out across the full game. If the previous Souls games are anything to go by, then the demo we played is but a minute fraction of an epic 30-hour quest, with plenty of room for development.

Four characters were available for use during the demo. While it’s okay to assume that Bloodborne will let you create a character, for our playthrough we had four stock characters, ranging from the slow guy with heavy weapons to the quick rogue-like figure clad in a cloak and dual-wielding daggers.

The combat was slick and the animations were great. In a change from the Dark Souls convention, Bloodborne no longer lets you decide between wielding your weapons with one or two hands. Weapons had the ability to transform. Pressing L1 changed the scythe I had equipped into more of a short and quick meat cleaver, so it looks like FromSoft are trying to expand upon the “one hand or two hand” idea from the Souls games.

In the character’s offhand, we had a shotgun which was used more to stagger opponents and set up for melee hits as opposed to a real form of damage. Parrying returns in a way; of course with no shields they aren’t exactly the same as before but function very similarly. Pressing L2 to fire the shotgun just as an enemy was reaching the end of an attack staggered them so much they could be “riposted” with a brutal, high-damaging finishing move. Backstabs also return, but they were extremely difficult to pull off, especially compared to the first Dark Souls.

Based on what we played, Bloodborne seems to be an evolution of the more action-like elements of the Souls series, with an emphasis on movement and dodging. The small fraction of the game we played offers a tantalising glimpse into what the full game has to offer, and hopefully it will deliver the same level of scope and lore as its predecessors. Bloodborne is looking like it will do just that when it releases worldwide in February.