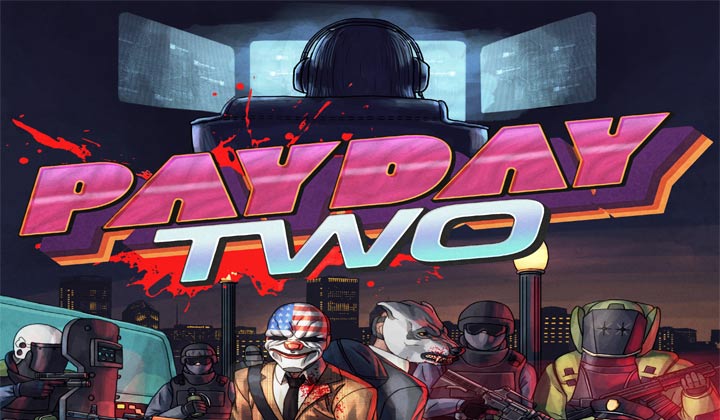 A new Payday 2 DLC pack is being released later this month in a collaboration between Overkill Software and the indie duo, Dennaton Games. It will feature the Payday crew in a Hotline Miami inspired mission for 80’s-inspired violence and riches.

The cross-over Payday 2 DLC will be released onto Steam September 30. The exact contents of the pack haven’t been detailed apart from that it includes a new heist and a new track from series Composer, Simon Viklund. Other safe assumptions include, new masks, new patterns and possibly new weapons themed around the neon soaked nightmare that is Hotline Miami.

While Overkill are still supporting Payday after over a year, this DLC announcement is also likely to create more buzz for Hotline Miami 2: Wrong Number, which is expected to release later this year.

Xbox 360 and PS3 burglars will have to wait for an unknown period before playing the DLC, which isn’t a surprise as the console version has yet to receive even half of the DLC that has been available on PC. Although the PS4 and Xbox One “Crimewave Edition” releasing with previous DLC’s is a step forward, it does little to alleviate the issue for those who have already masked up.