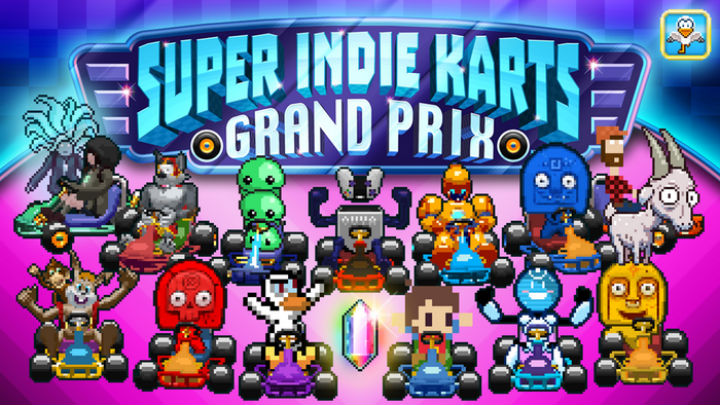 As the old saying goes, if at first you don’t succeed, try again. This is certainly the case with One Legged Seagull’s kart racer Super World Karts Grand Prix, which has reappeared on Kickstarter with a new name, and a roster of characters that will be slightly familiar to anyone who has played an indie game in the last few years.

Now known as Super Indie Karts Grand Prix, you will be able to race as Mutt from Lobodestroyo, Turing from Read Only Memories and Sparky the OUYA Android. If the game meets it funding this time round, it will be a grand race indeed for the many characters of the indie game market.

Are you interesting in seeing Super Indie Karts Grand Prix succeed? Let us know what you think in the comments below.