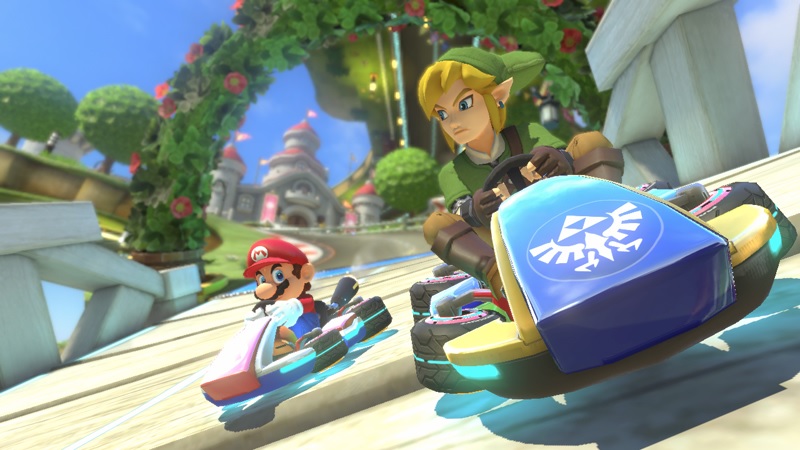 In what seems to be a heaping helping of Nintendo news this week, in a listing on the official Nintendo UK store, Nintendo has announced that they will be releasing 2 DLC packs for Mario Kart 8, containing 4 new cups, 6 characters and 8 vehicles.

The first pack will be released this November and will contain bring 8 courses as well as Tanooki Mario, Cat Peach and Link as playable characters and new vehicles, including the Blue Falcon as a drivable kart. The tracks themselves will be a mix of retro and new tracks, with some even being inspired by the Zelda and F-Zero universes.

The second pack will be released in May 2015 and will also have 2 new cups, 4 additional vehicles and Dry Bowser, Villager and Isabelle from Animal Crossing as playable characters. Again, tracks in this pack will be a mix of retro, new and Animal Crossing inspired tracks. Also, as a bonus for being both packs, you will get 8 coloured Yoshis and Shy Guys which you can immediately use.

While we have known that evidence for 4 new cups have been buried in the Mario Kart 8 files, the reveal that Link and Animal Crossing characters will be playable is out of left field. You can pre-order the tracks from Nintendo now for £7 each and you can hear our thoughts on a Nintendo crossover racer here as well.

What do you think of these DLC packs? Do you think they’ll be any good? Comment below with your thoughts.