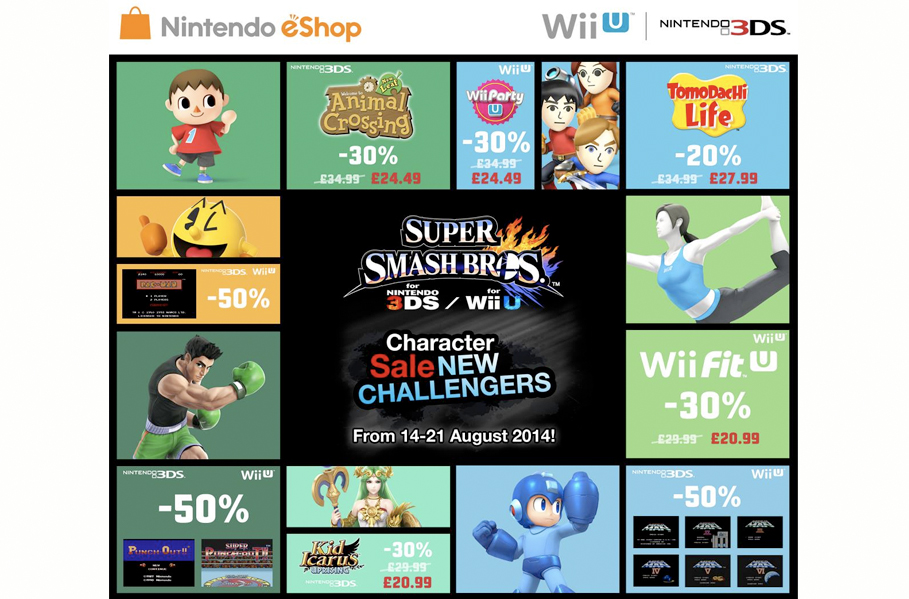 To celebrate to release of Super Smash Bros., and to keep their fans busy while they wait for the launch in October, Nintendo have announced a massive eShop sale featuring characters from the game.

The sale will be split over two weeks, to give recognition to both the newcomers and the veterans of the Super Smash Bros. series. From today until August 21st the New Challengers sale will run, with Veteran Fighters to follow until the 28th. While the savings aren’t massive, Nintendo games tend to retain their value for what seems like forever, so any discount is a welcome one. Fingers crossed for some cheap Zelda games once the 21st rolls around.

The first batch of games you can pick up on the cheap are as follows:

Super Smash Bros. will launch on October 3rd on 3DS, alongside a limited edition 3DS XL. For more information on the game, check out the official website.