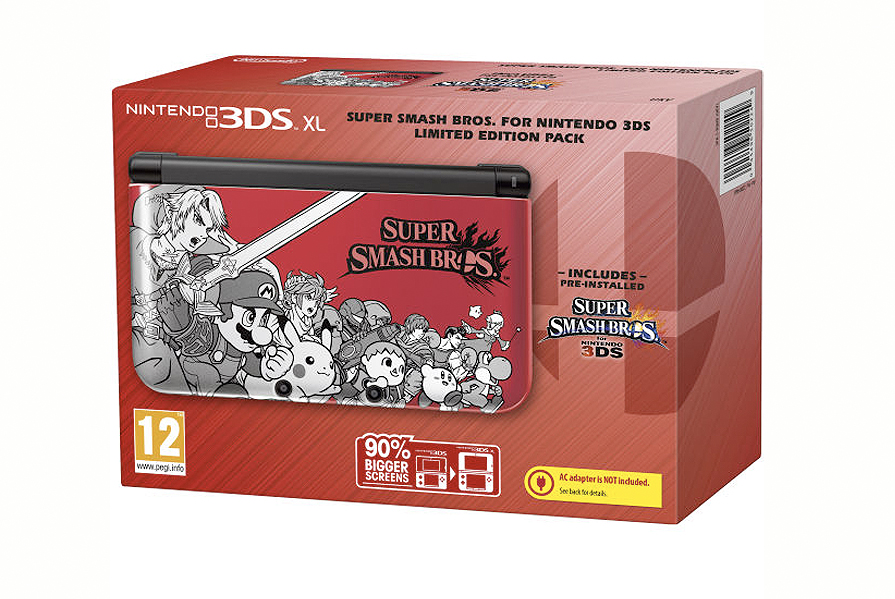 To celebrate the upcoming release of Super Smash Bros. in October, Nintendo have revealed the latest addition to their ever growing 3DS family.

This design is only available in Europe for the time being, similar to the limited edition Yoshi console, but it may be released elsewhere at a later time. It’s also worth noting that the console does not ship with a charger, but no 3DS XL in Europe does, so it shouldn’t come as too much a shock.

The Super Smash Bros. for 3DS Limited Edition Bundle will launch along with the game on October 3rd.