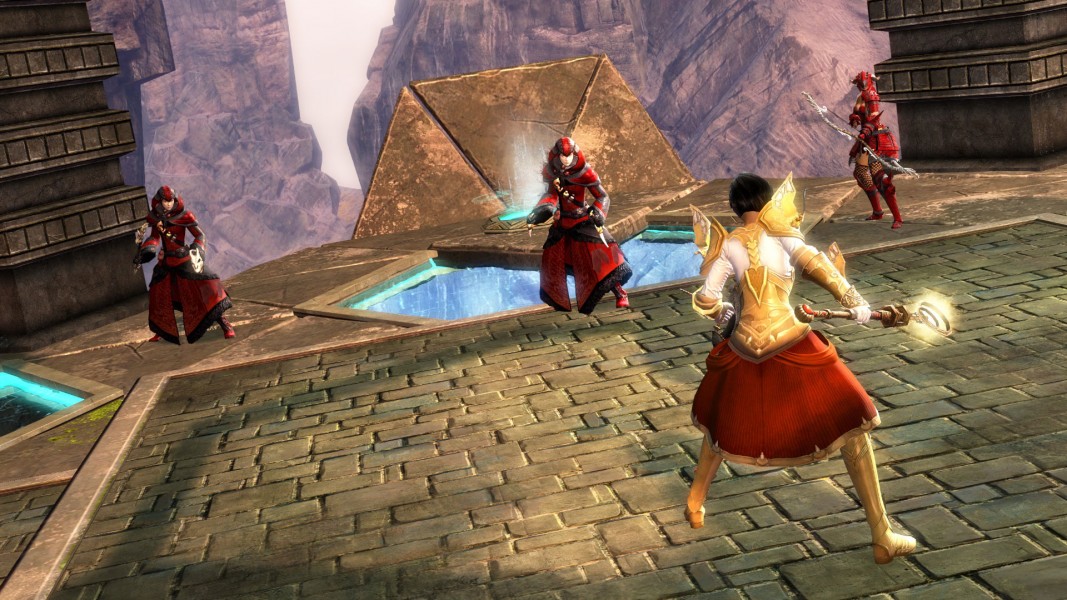 Are you a soldier of Tyria? Do you partake in the Player versus Player scene? Well you might be interested to know that changes are coming to the reward system. Mentioned in our recent article regarding the September Feature Pack, one of the first changes come next month will be the rewards in PvP. More specifically the Visual aspects the prizes when participating. Released in a full article today, the guys over at Arenanet talked about what we can expect from the update.

First of all, they are introducing the standard enemy model setting in the options. This allows player to toggle whether they want to keep to the diverse race system when playing the game in PvP mode or, switch to a system where all opponents will be displayed as a human race version of each class. Each model is disguised to make it easy to distinguish what class they are and allow for players to recognize what skills they are using by the animation displayed. This setting is aimed more towards players with high skill levels and play competitively.

Another item of discussion is the new armour sets for PvP. In the article they are named as the Glorious Armour and the Glorious Hero Armour. The first is a set that all players can obtain via the Glorious Reward Track that will come into play in September. The latter is a set that is available as a high end reward from competitions like the Guild Wars 2 International All-Stars Tournament. As this was a community request for the game, it goes to show that the company does listen to its fans and aims to please.

So head on over to the world of Tyria and brush up your skills for the changes to come. For more details, visit the official website. Also, please take a look at our articles on the recent 50% offer. Game well.