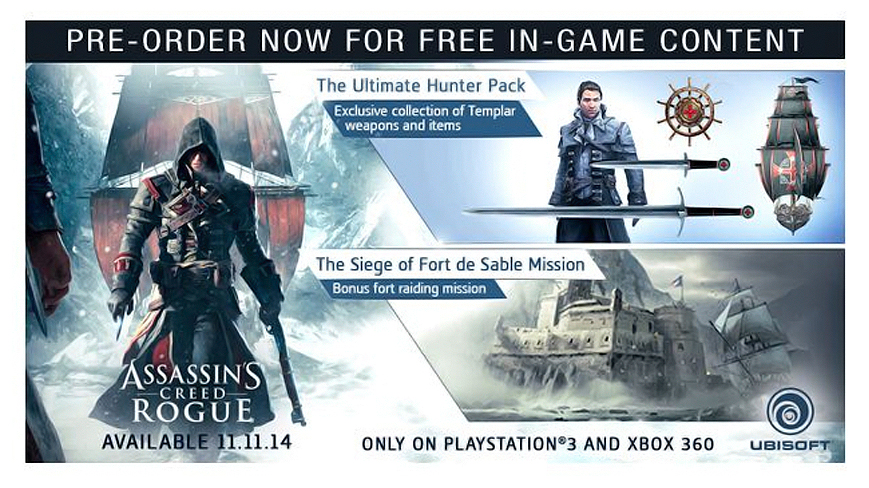 Earlier this week, Ubisoft announced the pre-order bonuses you can pick up with Assassin’s Creed: Rogue, which will be hitting PS3 and Xbox 360 on November 11th.

If you reserve your copy of the game before it’s release at either GameStop, Amazon or the Ubisoft Store, you’ll have access to some exclusive equipment in The Ultimate Hunter Pack and a new mission, The Seige of Fort de Sable. However, as is common with pre-order content in games these days, it’s likely that they will be available at a later date for all players, just for an added fee.

Rogue’s pre-order content isn’t quite as extensive as the bonuses players can expect from the game’s shinier, current-gen partner, Assassin’s Creed: Unity, but given that the Xbox 360 and PS3 are old news, this may simply be Ubisoft prioritising the new market.

For more information on Assassin’s Creed: Rogue, be sure to check out the announcement and trailer, and stay tuned as we learn more about the game while November creeps closer.