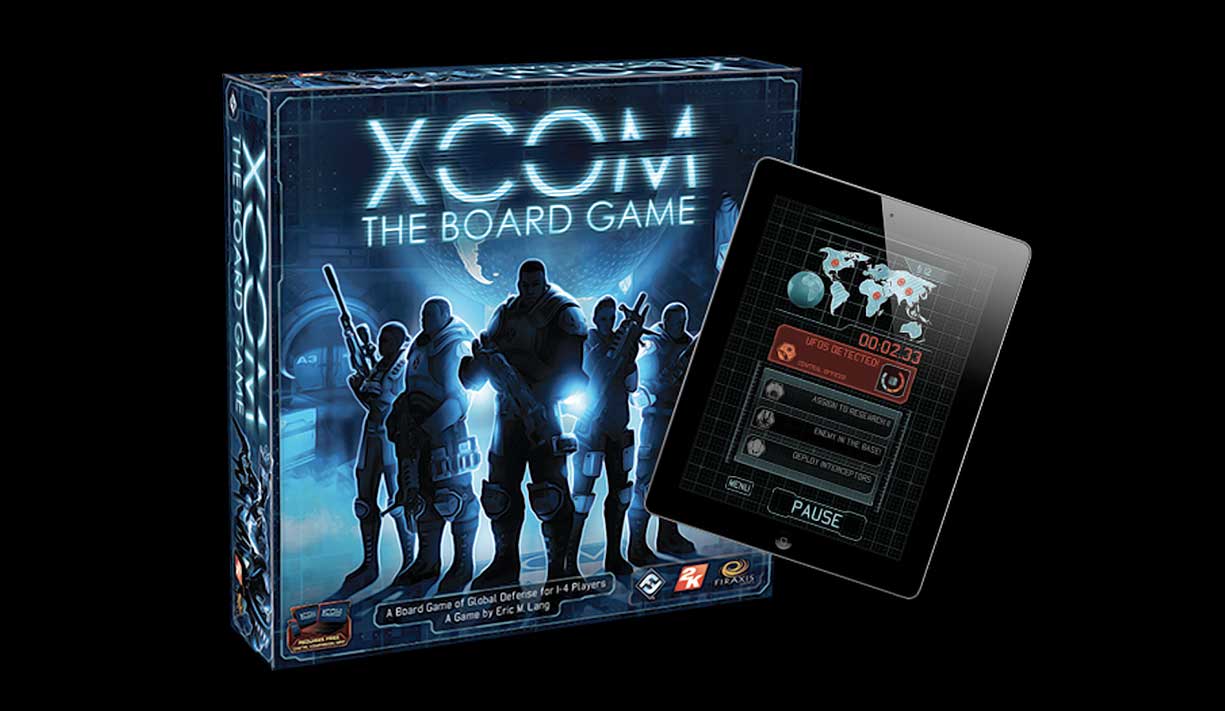 Earlier this week, Firaxis and Fantasy Flight Games announced that an XCOM inspired board game is on the way later this year.

Described as a digital hybrid game, XCOM: The Board Game‘s most innovative feature is that it will be closely linked with a free companion app that will keep you in the action even while your away from the playing field. As well as acting as an interactive tutorial for the board game, the app will allow players to co-ordinate and respond in real time to alien invasions.

“Each invasion plan represents a general outline that the alien commanders will use to coordinate the arrival of new UFOs, plan strikes against your base, and respond to your successes or failures as it seeks to conquer Earth. The app manages all of these tasks and heighten’s the game’s tension as it forces you to respond in real-time.” Don’t use apps? No problem. The feature can alternatively be accessed online, so anyone with an internet connection can get involved.