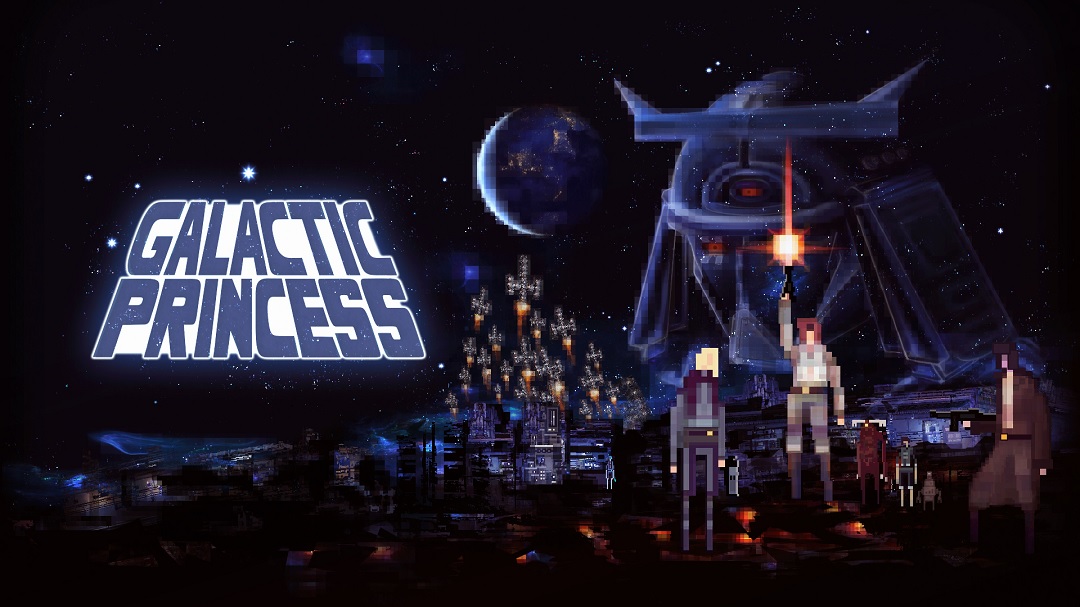 In another installment of VGU Interviews, we caught up with Mickaël Mancini, one of the designers on Galactic Princess to discuss this new space-faring RPG.

SF- Galactic Princess is heavily inspired by Star Wars, as seen by the story and the promotional art. Are there any other games, films, TV etc. which inspire the design of the game?

MM- I can’t tell you all the works that influences us because there are so many. Essentially we draw our inspiration good old sci-fi like Alien or Space Pirate Captain Harlock, games like Starflight, Asteroids and even modern pop culture with shows like Futurama, Bravest Warriors and Cowboy BeBop. What interests me in this process is how the authors saw science fiction during their lifetime and how they themselves were influenced by it.

As example, Star Wars was influenced by “The Hidden Fortress”, a Japanese film from 1958. This is very intriguing for me as a designer to see how influences from different places come together to make something new. As well as the sci-fi influences, the main scenario of Galactic Princess is inspired by elements of the Greek myth of Andromeda.

SF- From my initial look at the game, I thought Galactic Princess was a rogulike space adventure. What genre would you put the game in or is it something we really haven’t seen before?

MM- Galactic Princess’ specificity is that it merges several type of games. It’s about physics, you build your own ship, piece by piece, and the overall construction reacts to the way you built it. It’s at the same time a RTS because you manage your crew, which is as important as the ship and it all plays out like an RPG, as your ship and units progress in levels, following the storyline or wandering in the galaxy. The more we develop the game, the more possible connections we see with other game genres so more mechanics may be added.

MM- The starting place is always the same, as it allow us to teach the players the basics, before they are free to go wherever they want. However, the location of the princess is assigned randomly for each playthrough.

SF- Following on from that, can you completely disregard the Princess and make your own adventure?

MM- Yes, if you want. Like in most sandbox games you can set your own goal, like having the best crew in the galaxy, building a gigantic ship, crafting an epic item, or just surviving!

SF- From the videos you’ve shown, the ship layout is key to how you survive your journey. How do you actually upgrade your ship during your adventure? Do you buy parts of traders or do you research and craft the materials all yourself?

MM- Your ship can be built with the help from the local Blacksmith with the parts you have bought or crafted yourself.

MM- The ship will be moving using W,A,S,D, but we are also working on a autopilot system to make some maneuvers assisted. This will allow players to focus on the life inside their ship, while it is traveling to a chosen destination.

SF- In a very recent trailer, you showed a player boarding an enemy ship. Can you only take the cargo it has on board or can you take the whole ship and claim it as your own?

MM- Yes you can take control of other ships but then you’ll be forced to abandon the old one, as you can control only one ship at a time. That’s why during a battle, you must be careful with the damage you do if you plan to steal the enemy ship!

SF- How does the galaxy of Galactic Princess function? Are there space stations you can dock at to hire crew and buy parts, or is everyone out to get you?

MM- There are repairs stations throughout the galaxy, and places where you can sell prisoners that you capture from raiding enemy ships.

SF-  With the wide ship customisation, can you play the game as a pacifist for example? Could I in theory, save the princess without firing a single laser blast?

MM- Well, we didn’t think of this! In the current context, the galaxy is a living hell where only strongest survive. The idea of a pacifist playthrough could be a good challenge but we cannot guarantee that it will be possible as we still developing the game and later mechanics may force you to kill other people. However, you will have the choice between respecting galactic law or not, giving you the option to play the game as a law-abiding citizen or a ruthless law breaker.

SF-  Finally, can you give us a rough idea of the release date for Galactic Princess?

MM- The game is scheduled to be released at the end of 2015.

Thanks to Mickaël for taking time out from his busy schedule to talk about the game and look forward to more news on Galactic Princess in the future.