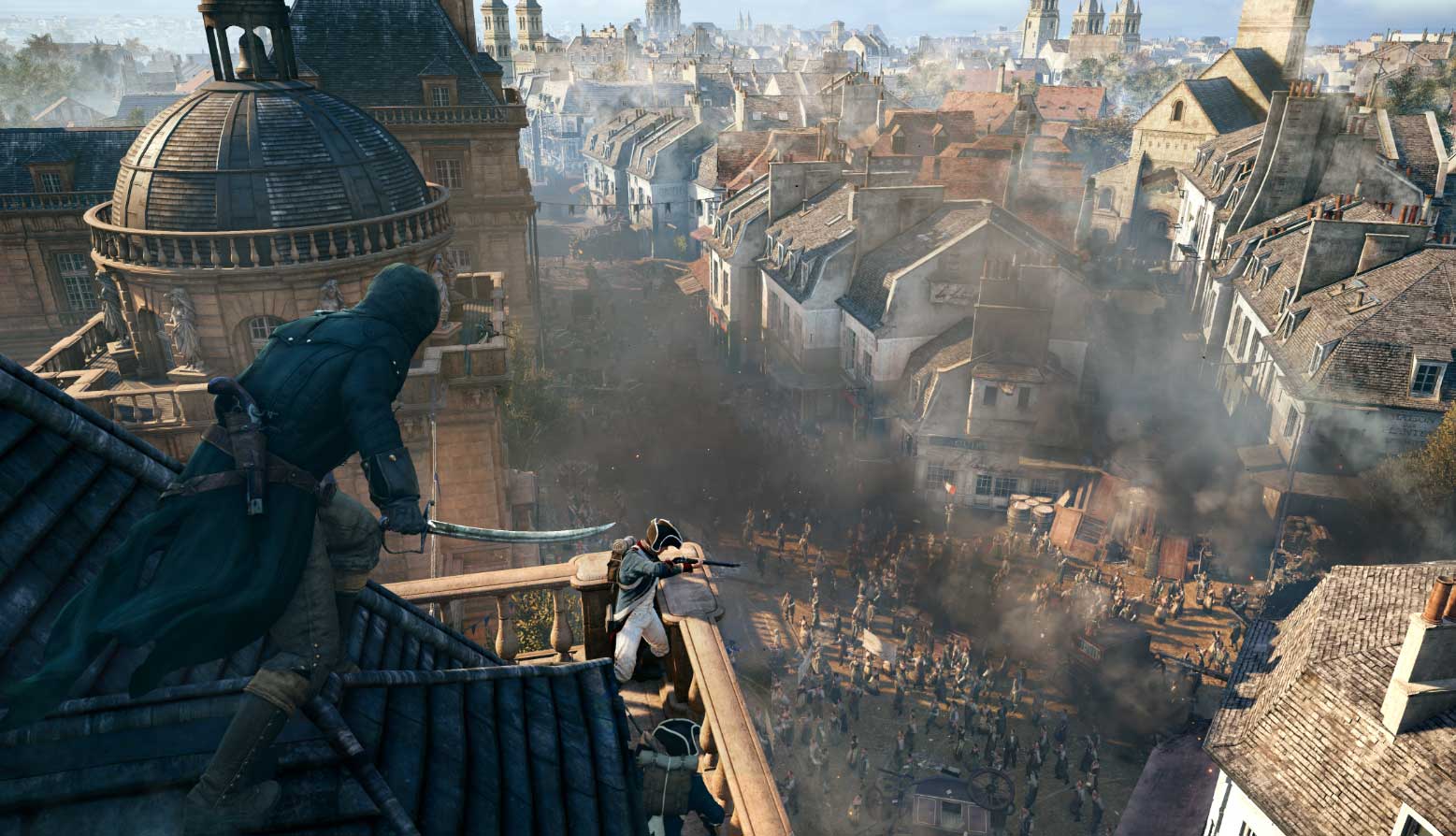 The first trailer, above, shows our main man, Arno, strolling about town as he does what assassin’s do best; kill and cause a ruckus. In this trailer the city looks stunning and much more dynamic than it has in previous games, truly bringing us into the new generation of Assassin’s Creed. It also features a bundle of quotes from various sources, which all sing Unity’s praises.

The second trailer, by contrast, gives us a look into the history of the French Revolution during which Unity is set, which you can watch below. Ubisoft’s Maxime Durand elaborated on the setting, explaining some of the key moments that players will come across over the course of the game. “[Unity] will cover several major events that occurred during the French Revolution. From the Estate General which marked the rupture between the King and the people to Robespierre’s  arrest, the player will witness key moments from the French Revolution such as the Storming of the Bastille (as detailed before), the Storming of the Tuileries in August 1792 or the Prisons’ Massacres from September 1792, and of course, the beheading of Louis XVI in January 1793. “

For more information on Assassin’s Creed Unity, be sure to check out the official website. Unity is set to launch on October 28th for Xbox One, PS4 and PC.