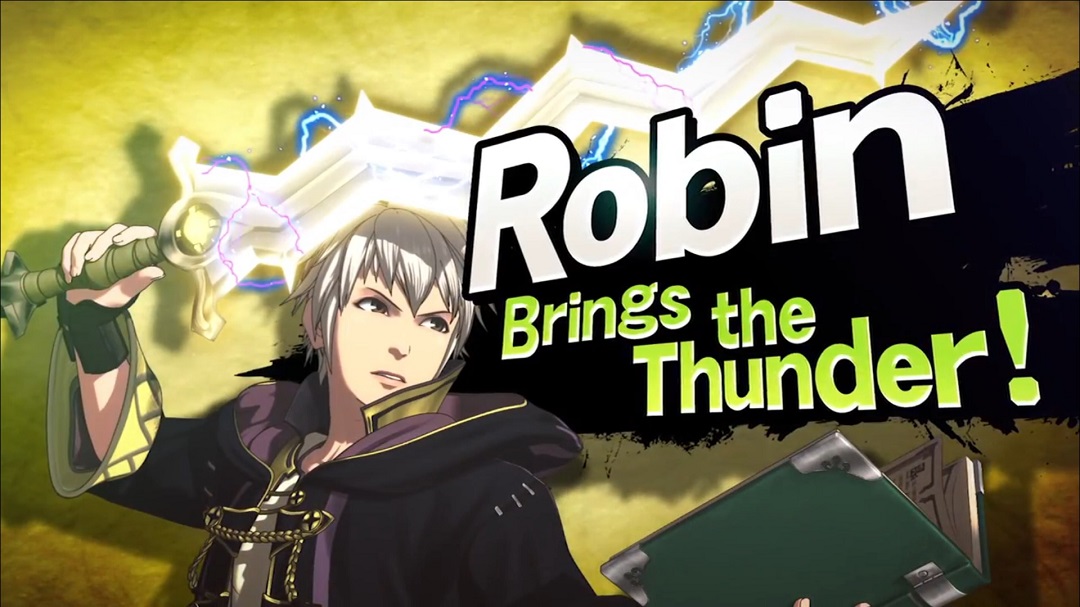 In a special livestream today, Sakurai announced that Lucina and Robin (The Avatar) from Fire Emblem Awakening will be joining the fray in Super Smash Bros for Wii U and 3DS. Robin can be played as either Male or Female and relies on special Tomes to do damage. Shown in the trailer was the Wind, Fire, Thunder and Dark moves which seem to have limited uses, like actual items in the Fire Emblem series. Also, Robin’s weapon seems to change as in the trailer, as we see a Levin Sword and a normal Bronze Sword being used. No doubt there will be some way to restore certain weapons or Tomes but this will be an interesting factor to Robin’s moveset, with players having to manage the durability of your Tomes and weapons.

Robin’s Final Smash seems to be a combo attack, like those seen in Fire Emblem Awakening where a support character can come and deliver a special Dual Strike. This is probably where Chrom comes in but it seems that he is not actually playable, he is just a part of the Final Smash. Lucina, for the short while she was in the trailer, seemed to have the same moves as Marth, as seen by her copying his Side B and Neutral Air. Is she just a clone of Marth (similar to Roy in Super Smash Bros Melee) or is there more to her than what was shown in the trailer?

Also in the trailer, was the confirmation that Captain Falcon will be returning in this installment, retaining his rapid movement and trademark Falcon Punch. Whether Falcon’s powerful knee will still be intact, remains to be seen. However, from pictures seen on his page on the Smash Bros website, his Final Smash seems to be the same, with him running over opponents with his racer, the Blue Falcon.

Check out the trailer below and expect more Super Smash Bros news in the coming months up to launch.