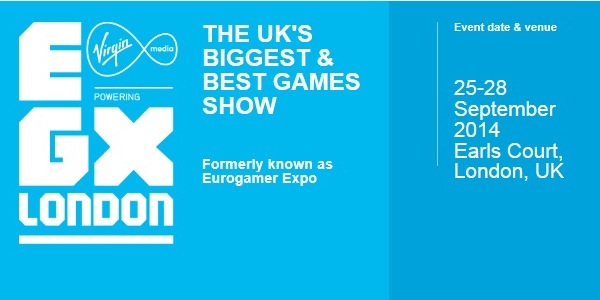 EGX London has finally released the first batch of titles that will be available for lucky attendees to play at the convention. So far, the list is dominated with Microsoft titles like Sunset Overdrive, the Master Chief Collection, Project Spark, Fable Legends and Forza Horizon 2 but the big October releases are there as well like Alien: Isolation, Borderlands: The Pre-Sequel, Evole and Battlefield Hardline. Destiny is also announced to be there, probably to show off the first batch of post-release content, as well as Nosgoth by Square Enix and the multiplayer dogfighter, War Thunder.

Following up on the success of EGX Rezzed in Birmingham earlier this year, a special Rezzed area will be at the convention, showing off the best indie games. Games that were present at Rezzed like Gang Beasts and Tiny Keep will be there, which you can hear about in my initial EGX Rezzed article. tinyBuild Games will be there in full force, showing off titles like No Time to Explain, Bit Brawlers, Fearless Fantasy, Spoiler Alert and Speed Runners while games from one man teams like also be showing up like Mike Bithell’s Volume and Heat Signature by Tom Francis. The popular prison simulator, Prison Architect, will be letting more people play warden while games like The Adventures of Bertram Fiddle, Poncho, Velocity 2X, Quest for Dungeons and War of the Overworld are rounding out this initial game announcement.

If you want more information on EGX London, check out the official site for updates on games that will be there and so on and expect VGU’s extensive coverage of the event in September.