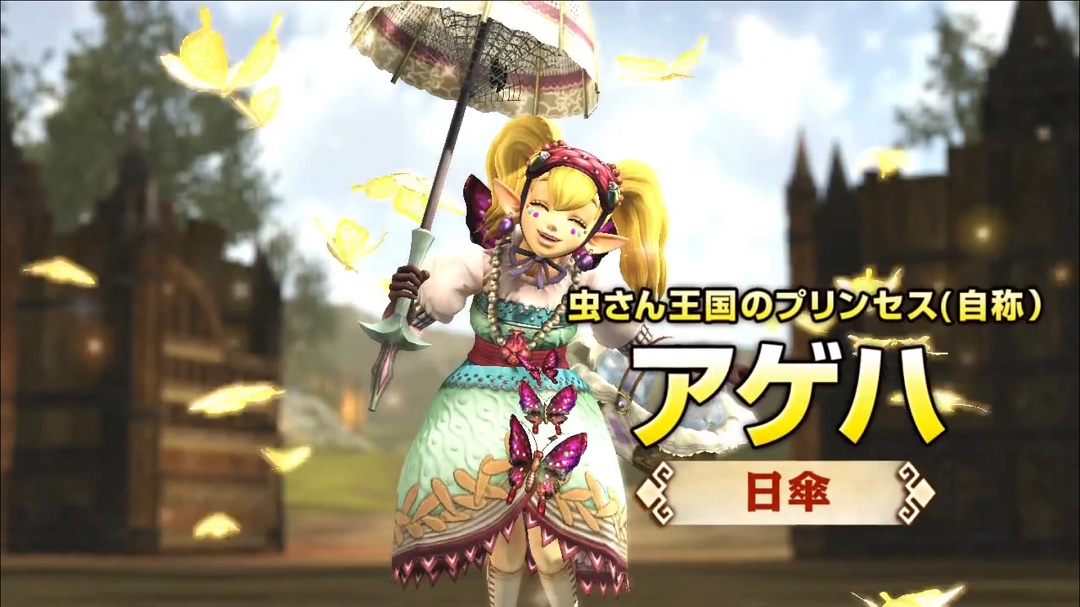 In a trailer released by Tecmo Koei, the self proclaimed Bug Princess from Twilight Princess, Agitha, joins the ever growing cast of playable characters for the Zelda/Dynasty Warriors crossover, Hyrule Warriors. Instead of acting as a slightly creepy but harmless bug collector, she now crushes evil armies with giant spectral insects and a weaponised parasol. All while psychotically giggling as she delivers every blow. As if she wasn’t already disturbing.

Check out the trailer below and tell us what you think of Hyrule Warriors so far? Who else do you want playable in game? I for one want Groose from Skyward Sword and Vaati from the Minish Cap but it seems like mostly characters from Twilight Princess are guest starring so far. Look out for more Hyrule Warriors news as we get ever closer to the September release date.