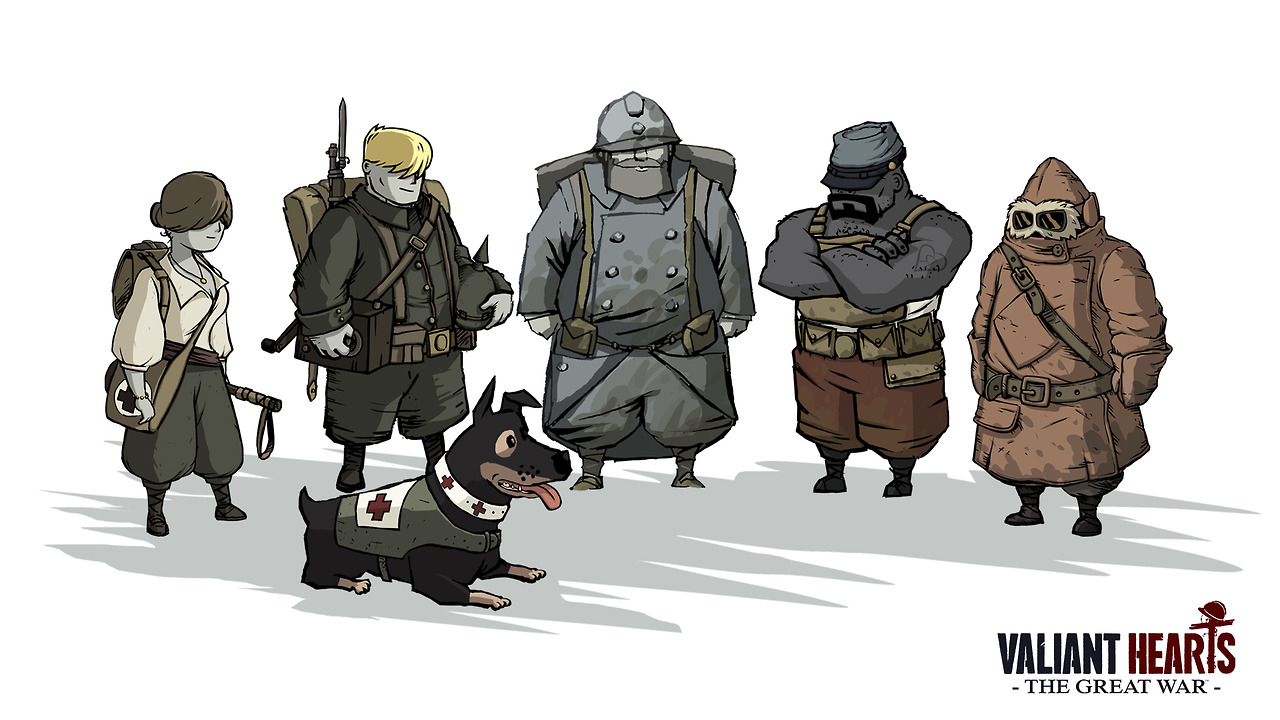 Valiant Hearts: The Great War is available now as a digital download for Xbox One, Xbox 360, PS4, PS3 and PC. Valiant Hearts is a puzzle-adventure game set, as the subtitle might have tipped you off, during World War I, aka The Great War.

The trailer we saw at E3 set Valiant Hearts up as a pretty intensely emotional journey, so much so that it almost seems like the video game equivalent of Oscar bait. Not that that’s a bad thing of course. Expect sadness, death, misery and bromances galore in this tale of ‘survival, sacrifice and friendship’.

Developed by Ubisoft Montpellier, Valiant Hearts runs on the in-house engine UbiArt Framework. the same one that powered Rayman Origins, the follow up, Rayman Legends. and that other piece of gaming Oscar bait, Child of Light.

Stay tuned for our review of Valiant Hearts: The Great War to find out if I cried like the big baby I am. All aboard the feels train. Woo Wooooo.