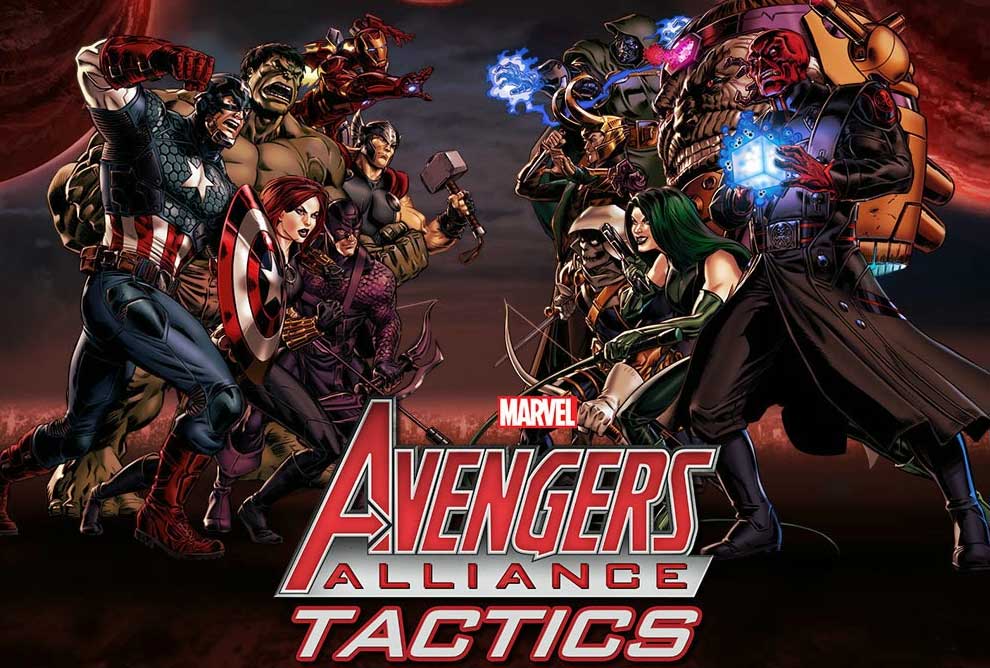 In his Q&A with Gamespot, executive producer Gabe Brown gave readers a summary of the game’s plot, which is one that closely links in to their first Marvel facebook game. ‘A mysterious cosmic threat puts Earth in harm’s way. Portals call ‘incursions’ are appearing across the globe. Each of these incursions brings a flood of imposter heroes from imposter universes. As a S.H.I.E.L.D. commander, you must assemble the strongest team possible and work with your friends to eliminate the incursion threat and save your universe from destruction.’

Playing similarly to their other free-to-play titles, Marvel: Avengers Alliance and Marvel Heroes, M:AA Tactics is sure to be a massive hit with fans of superheroes and tactical games alike. Described as an XCOM-like experience, Brown stated that the game has drawn inspiration from many classic titles such as Final Fantasy Tactics and Disgaea. The game will also feel quite natural to those who have played Avengers Alliance, with the same Gold and Silver currency system, Shield and Command Points, and identical classes for heroes, such as Tacticians and Blasters.

If Facebook games aren’t really your thing but you would be interested in a new Marvel experience, then don’t lose hope just yet. Word is from Brown that the creators are also keen to bring the title to iOS and Android, just as they have for Avengers Alliance. However, it may be quite a while before the the M:AA Tactics makes the leap, as the developers are dedicated to the game’s current platform for the time being.