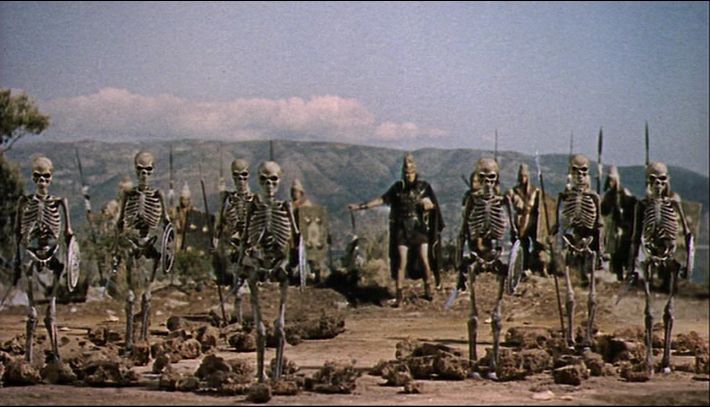 It has been said many times that some games do not age well. They don’t stand the test of time, and playing them nowadays makes players question why these games received good reviews or developed large fanbases in the first place.

The thing is, if we’re to take video games seriously, there shouldn’t be a test of time that must be passed or failed to determine a video game’s quality.

If we look at classic movies, do we laugh at their special effects that pale in comparison to modern day movies? Do we look at the creations of Ray Harryhausen and laugh? No, we don’t. We understand that a group stop-motion skeletons doing battle in Jason and the Argonauts happened in 1963, and we watch the movie with that in mind. Likewise, the  CG-Keanu-Reeves seen in the Matrix sequels may look a little silly by today’s standards, but the films weren’t made with today’s standards, and we have to understand that.

Why should games be any different? Why do we pick on games as having “aged badly” or “not being good anymore”? Will Citizen Kane stop being good despite its age? I don’t think so, and I think video games should be treated the same way.

There it is. A game released in the summer of 2001 was well received, and since the game hasn’t changed in any meaningful way since then, if you play it now you should see what they were talking about, right?

Well, no. Apparently Sonic Adventure 2 “hasn’t aged well” and for some reason the modern-day Steam, XBLA and PSN versions of the game released in 2012 were heavily criticised due to the switching of characters between levels and the camera controls. Thing is, those design choices were considered OK in 2001, so the game, being from 2001, should not be criticised for those things.

Above: 89 on Metacritic. Don’t hate it just because it’s 13 years old.

Gamers and critics especially should be more willing to appreciate the context of a game’s release if we’re going to take this medium seriously. There’s no point in comparing games of a bygone era to the games we see today and then complaining.

It’s not all bad however. Certain games are exempt, and are looked back upon fondly. The Legend of Zelda: Ocarina of Time keeps coming out on Nintendo consoles and keeps getting universal acclaim. Do the critics have a go at the lack of a second analogue stick? The lack of voice acting? The slow, unskippable cutscenes? Of course not, because they understand that in 1998, on the N64, all of the above was perfectly fine.

In another example, if we look at the first Tomb Raider games and the “tank-like” control system they employed to move Lara around, before we criticise we must understand that there were no analogue sticks on the PS1 yet, and Tomb Raider was also a PC game. The intuitive thing for the developers to do was to have Lara move using the arrow keys in 1996. It made sense back then.

It’s this appreciation of context that we must consider when we play older games. The “test of time” should not exist, and is no excuse to change a critical consensus or a game’s perceived quality. Were the classic Tomb Raider games to be released on Xbox Live or PSN now, you can bet that the control system would cause the review scores to tank, and then gamers would inevitably ask themselves “was it really that good in the first place?” Thus casting a shadow over the entire series and its fans for years to come (see: Sonic).

The answer to the above question is always yes. Technology can only improve, and whatever video games look like or play like in 50 years time, they will laugh at The Last of Us and Dark Souls II, and unless we in the gamer culture start to appreciate age and context a bit more, our favourite medium is always going to be that artless cashcow sponsored by Mountain Dew. We have to forgive games’ problems that have been caused by age. If you go back and play ICO or Ninja Gaiden Black and start hating them due to the fact that they require you to manually save the game instead of offer checkpoints, you have to appreciate their age and let these issues go.

Overall, games should be timeless. When playing a game that was released a few years ago, just remember that that’s exactly what you’re doing, and learn to accept its quirks. It’s only your enjoyment you’re hampering otherwise.