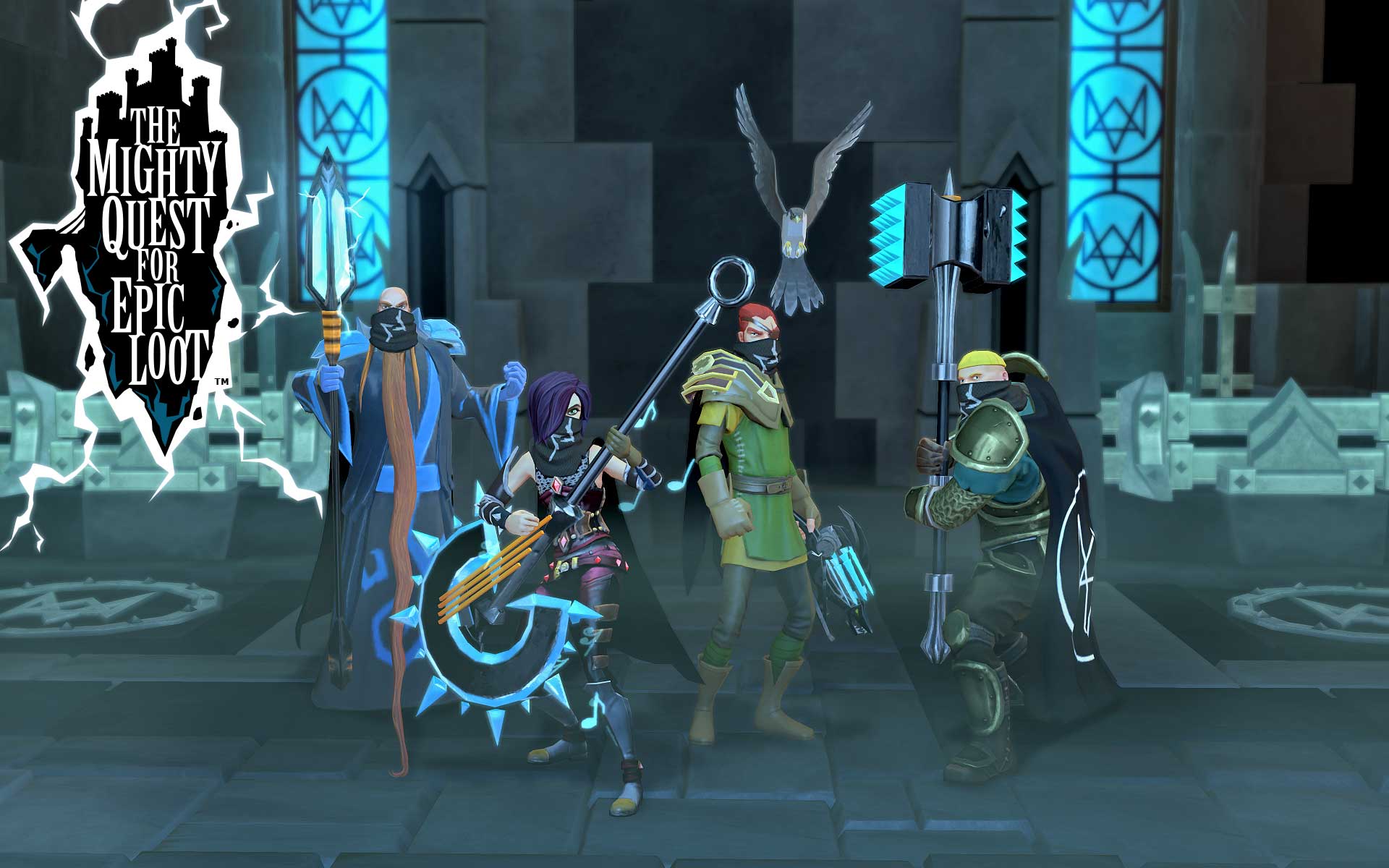 Ubisoft have announced that they are launching a crossover month between their free-to-play PC title The Mighty Quest for Epic Loot and their latest release, Watch Dogs.

From now until July 1st, players of The Mighty Quest for Epic Loot will be able to pick up an array of Watch Dog themed items, including branded weapons, clothing and bandanas for all four characters classes, as well as a Watch Dogs castle theme. The content can either be acquired on an item by item basis in-game, or through a special pack with all the exclusive content together in one neat bundle.

As well as the aesthetic additions, players will also be able to enjoy a newly created level 12 Watch Dogs Castle in the Bling’s landing region. The level will push players’ hacking and looting skills to the limit, as they will have to avoid a huge amount of traps in the Chicago-styled castle.

If a quest for epic loot with a splash of Watch Dogs thrown in sounds like your cup of tea, then head over to the official The Mighty Quest for Epic Loot website to sign up for free and get involved.