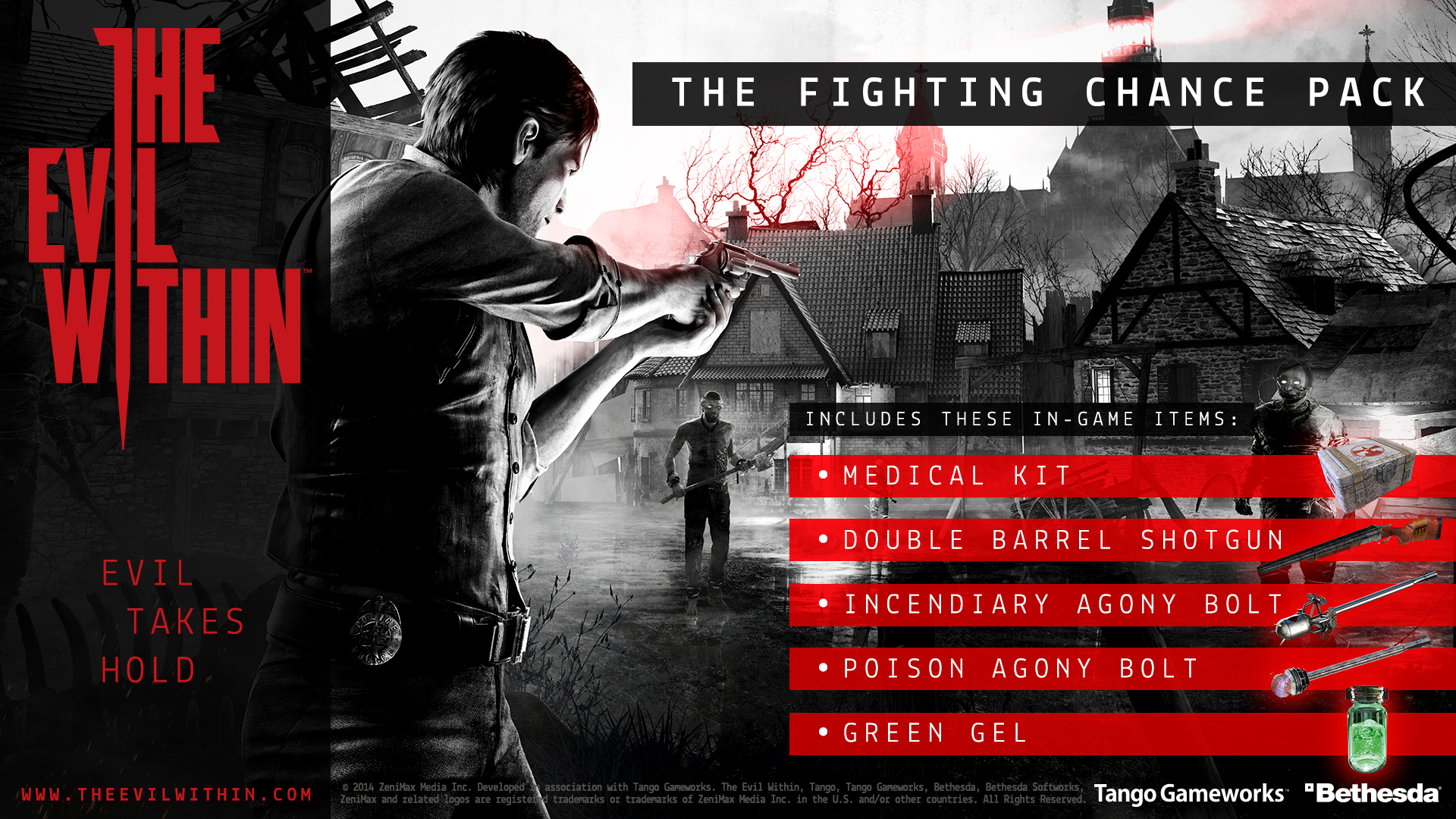 Bethesda has revealed that The Evil Within will be available in North America on October 21, 2014, in Australia on October 23, 2014, and throughout Europe on October 24, 2014. Shinji Mikami and his team at Tango Gameworks have asked for additional time to further balance and refine the game in order to deliver the polished, terrifying pure survival horror experience they set out to create.

• Medical Kit – A vital health enhancement to enable Sebastian to fight on.
• Green Gel – Used to upgrade Sebastian’s attributes.
• Double Barrel Shotgun and Three Shells – A larger and more formidable shotgun than the regular shotgun, it’s useful for tight situations with multiple encroaching enemies.
• An Incendiary Agony Bolt – Capable of showering nearby enemies with damaging fire sparks.
• A Poison Agony Bolt – Will draw enemies towards it and poison them, allowing Sebastian time for a quick escape.

More information about the game’s release and the pre-order incentive can be seen in the following trailer for the game: