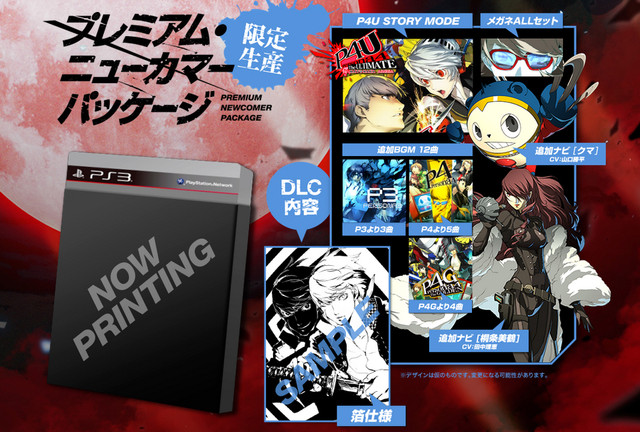 The release date of Persona 4 Arena Ultimax, or P4AU for short, is coming ever closer, and Atlus are intent on teasing us with new information every chance they get. Just this week, they have revealed three press releases, all of them sharing the spotlight in different ways.

A Man and his Dog

First on the agenda was the reveal of two playable characters from the Persona 3 arc making their battle debut, following the announcement of Yukari Takeba and Junpei Iori. Now aged thirteen, Ken Amada is teaming up with the canine fighting machine that is Koromaru. For the first time in the series, the two characters will form one tag team, using both their Personas and regular attacks in sync with each other.

More for your Money

Atlus have become known for offering limited special editions of their projects. This trend continues with P4AU, with the Ultimate Newcomer Package. Confirmed only for Japan at present, you will receive a limited edition picture, and download codes for various pieces of downloadbale content, including new music, additional navigators in the battle environments, and the entire Story Mode from the original Persona 4 Arena. The edition will launch at the same time as the regular release, with only a small price difference between the two.

Sho Me What You Got

Although we already knew of Sho Minazuki, the supposed antagonist of P4AU, it is nice that we have received a character trailer to explain more about who he is, and what his purpose is within the Persona universe. As could be expected, not much is shown, but it is a substantial tease that will tide us over until the release of the game.

Persona 4 Arena Ultimax will be released on PlayStation 3 in Japan on August 28th 2014, with a North American release supposedly pencilled in for a month later. No word on Europe’s date yet, but we can only hope we don’t have to wait as long as we did with the original game. Are you excited to enter the Midnight Channel once again? Let us know what you think in the comments below.