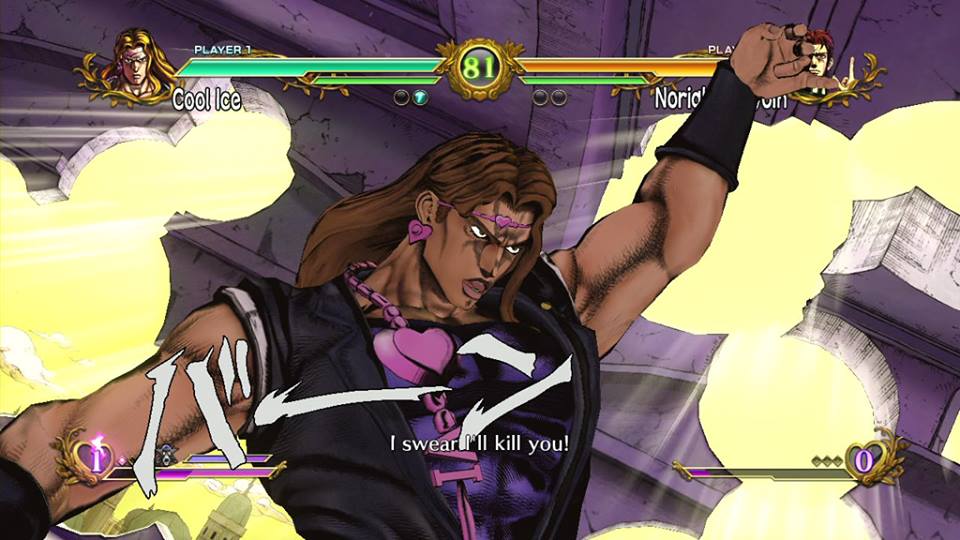 Three brand new addition to the roster of JoJo’s Bizarre Adventure: All Star Battle have come into the recent update of the PlayStation store. These fabulous fighters are available to purchase alongside the free campaign update that introduces them. The brand new fighters are as followed:

Also known as Vanilla Ice in the alternate translation, Cool Ice is one of DIO’s most fanatical followers. To gain DIO’s trust he cut his own throat. After impressing the powerful vampire, he absorbs some of DIO’s blood in order to become a vampire himself. His stand is Cream who has the power to completely obliterate any space in front of it and even absorb Cool Ice’s entire body.

Also known as Narciso Anasui in the alternate translation, Narc is one of Jolyne Cujoh’s allies. He has an obsession over the daughter of Jotaro Kujo and uses this passion to give him strength in combat. His stand, Diver Down, has the power to hide underneath his opponents feet and unload a series of powerful attacks.

Panacotta is from Part V: Vento Aureo and is a member of Buccellati’s gang. With a kind nature, this gang member has helped out his comrades out many a time during their confrontations. However he decided to leave the gang when Giorno Giovanna wished to betray the boss and take his place. Panacotta’s stand is Purple Haze who has the power of deadly flesh eating poisons that are connected to the three bulbs on both of his hands.

These three characters will join the likes of Lisa Lisa, Old Joseph, Iggy, Shigekiyo, Kira and Ikuro as DLC characters that are all available on the PlayStation Store. Be sure to pick them up if you want to check out these fighters for yourself.

Who would you chose to fight with in JoJo’s All Star Battle? Let us know in the comments below.