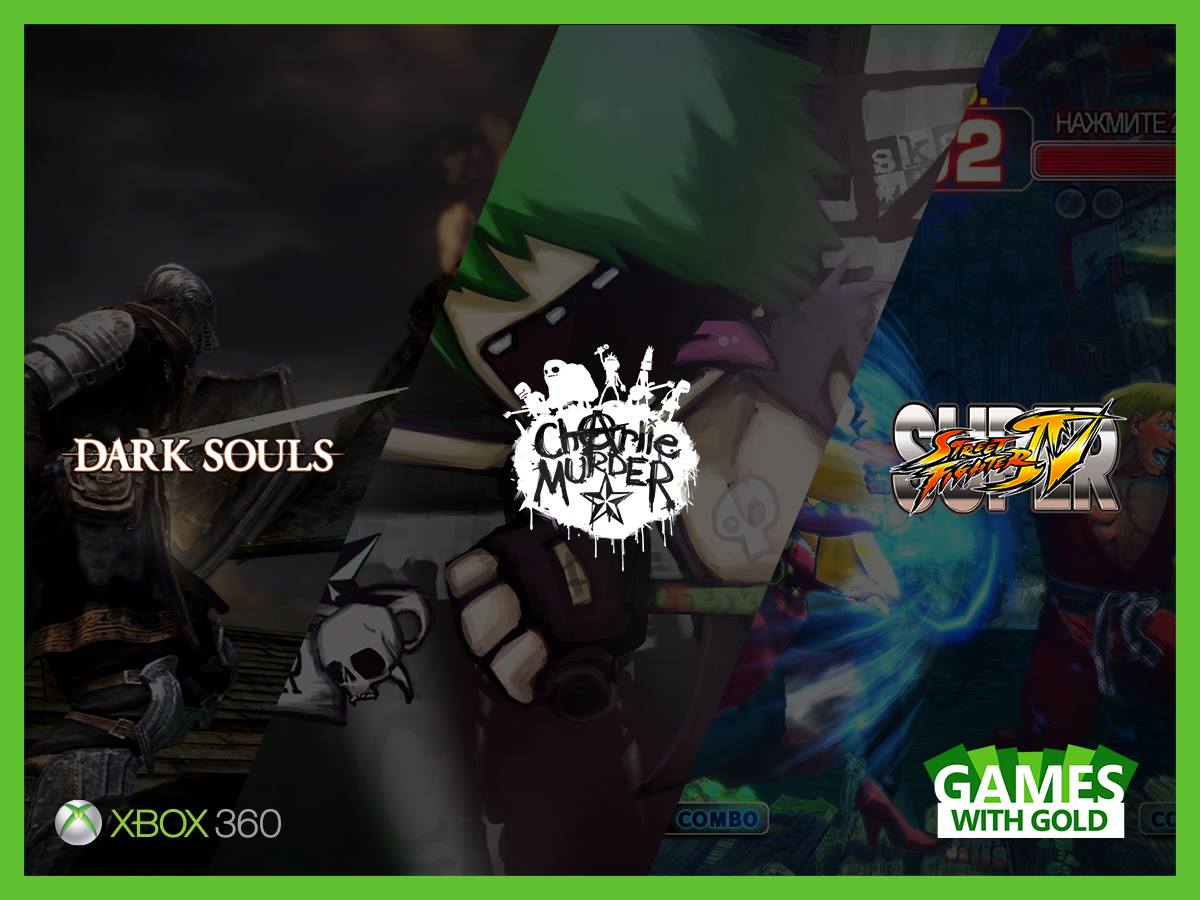 To celebrate the one year anniversary of their Games With Gold scheme for the Xbox 360, Microsoft are offering a little something extra for their players in June. Not just two, but three free games will be available to all those with a Xbox Live Gold Membership, so if you haven’t got one yet, June might just be the right time to take the plunge.

The three games on offer are all well worth your time, too, which is always a massive bonus. The month kicks off with Dark Souls, the headache of a game that many may have never dared to pick up, but can now give a whirl for free. Next up is Charlie Murder, a beat-em-up co-op game which is a blast to play with friends, but just as fun on its own as you smash things up with guitars. Finally, we have an entry in the most classic fighting game series around, Super Street Fighter IV: Arcade Edition, which is another great title to pick up if you feel like challenging your friends’ combat skills or to show off your own combos.

Games with Gold on the Xbox 360 requires you to have a Gold Membership only at the time of download, however should your membership expire, you can still keep the game. This differs from the new rules that will be coming in next month as Games With Gold extends to the Xbox One. Any Xbox One titles downloaded will require a constant Gold Memebership for access, much like Sony’s Playstation Plus.

While all those games are well and good, Saints Row The Third is still available until the end of this month. To coincide with the freebie, Saints Row 2 is currently 40% off, so there’s a lot of action to throw yourself into before May is over.

For more information on Games With Gold, check out the Xbox website.