It’s been a busy week for Bungie, what with a huge gameplay reveal earlier this week for their upcoming title, Destiny. However, there’s still a lot more for fans to sink their teeth into, as youtuber MoreConsole has piled together all the information we have so far on game modes into one neat package, along with some in-depth explanations.

While it’s well worth a watch, you may not have a 13 minutes to spare, so here’s the essentials that you will need to know. On top of the standard Campaign, there are four other options. Strike mode, which was exhibited in this weeks gameplay video, is a short, structured co-op mode. In this players will take on 30 minutes missions, designed to be played in teams of three. Patrol mode is your typical free roam, allowing players to complete open-ended missions and explore the world as much as they like. In Raids, players will take part in co-op activites to earn loot such as weapons and armour. And finally we have the online multiplayer mode, Skirmishes, where players can competitively face-off against other factions. It is important to note, however, that online play will be locked until you are a couple of hours through the main campaign.

With so many ways to play there’s a little something for everything in Destiny, but that’s not where all the fun ends. Also revealed this week were some new, impressive screenshots for the game, just in case the video wasn’t quite enough for you. You can view a selection of them below, and find the whole mountain of them in the Bungie gallery. 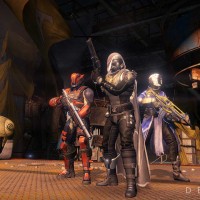 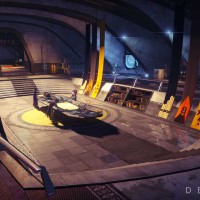 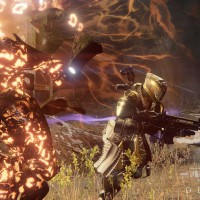 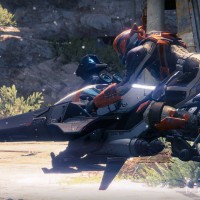 For more information on Destiny, which is due out September 9th on Xbox One, Xbox 360, PS4 and PS3, check out the official website or the Destiny news blog. If you just can’t wait until September and you’re interested in the beta, be sure to tune in to E3 next month, as Bungie are set to reveal all about getting involved.