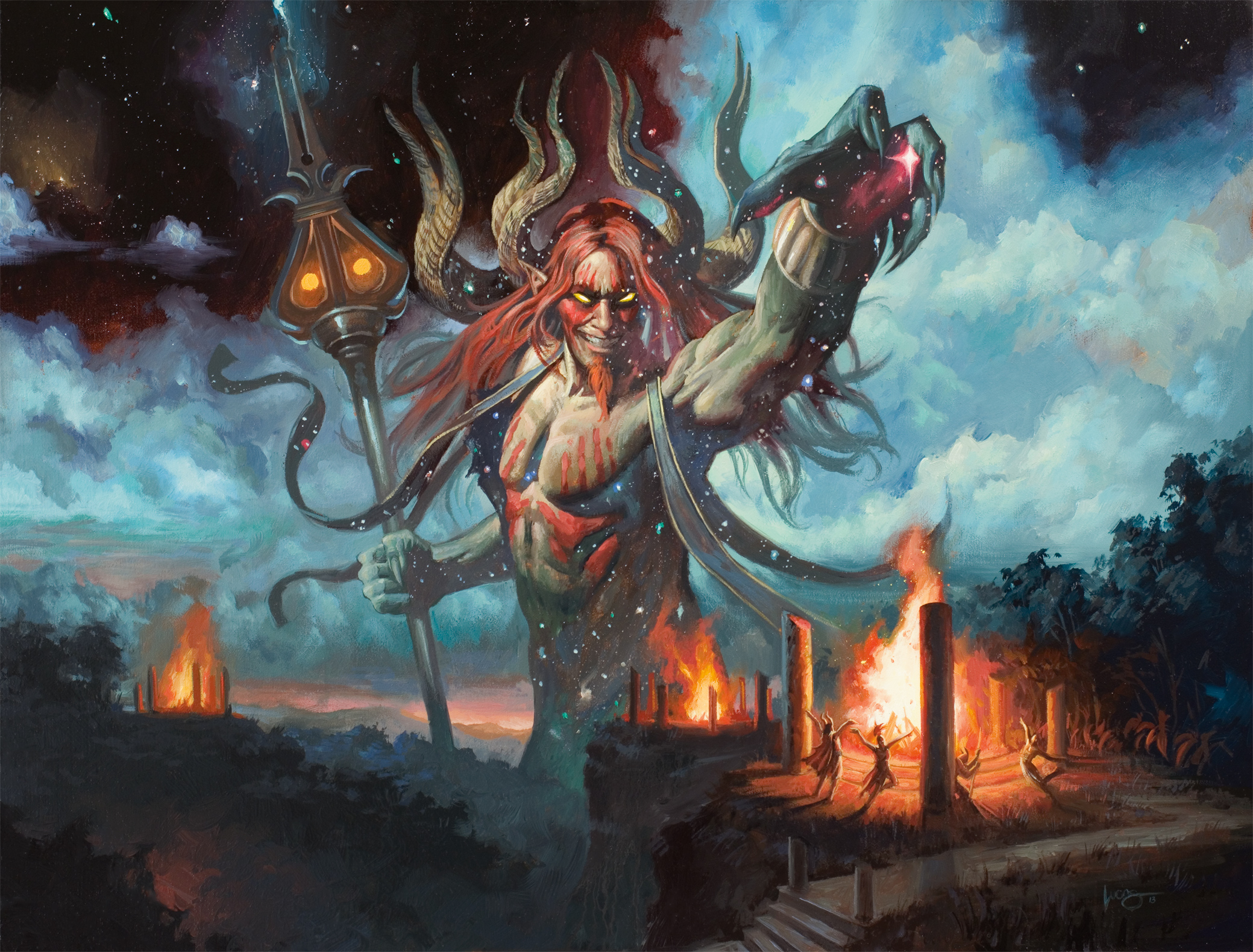 Ajani and Elspeth join forces to take on the gods themselves as the last set of Magic the Gatherings Theros block comes into rotation. Journey into Nyx brings a whole set of new cards into play along with the Constellation and Strive mechanics. But of course what is the fun of playing the game if you can’t play it with fellow planeswalkers? Today we have all the information you need for you to ‘Journey’ into Nyx.

During Launch Weekend players will be asked to solve a mysterious puzzle as they face the eighth quest on the Hero’s Path. The set also becomes available for purchase as of May 2nd with booster packs, fat packs and intro packs.

Held in Atlanta, USA, Pro Tour Journey into Nyx features the best of the best as they do battle to see who is number one. The grand prize of $250,000 is up for grabs in the Constructed and Booster Draft formats. On all three days there will be extensive live video coverage at twitch.tv/magic.

During Sunday’s live broadcast, the wizards will also exclusively be revealing the name and details of Magic’s fall 2014 set release, currently codenamed “Huey”. Where will the journey go next?

Game Day is the ninth and final quest on the Hero’s Path and players will face their destiny by attempting to become the champion of their local store. They can also pit their Standard deck against a self-running Challenge Deck simulating a battle against the god Xenagos and his followers. Players will be able to purchase their own Challenge Deck to play at home too. Additionally, they’ll be able to get their hands on the Journey into Nyx Event Deck – a ready to play 60-card deck perfect for any Standard tournament.

Magic players of the UK and Europe will congregate at Event City in Manchester for a weekend festival of Magic. As the largest open event Magic offers to the players, boasting a minimum prize pool of $35,000, the Grand Prix can see the attendance of around 2000 players. Whether you’re a Magic veteran or brand new player, this is sure to be the highlight of your year, and is an event you do not want to miss.

Get your cards, join your friends and get ready for your chance to Journey into Nyx this month. Are you going to any of these events? Let us know what you’re looking forward to the most in this set down in the comments.