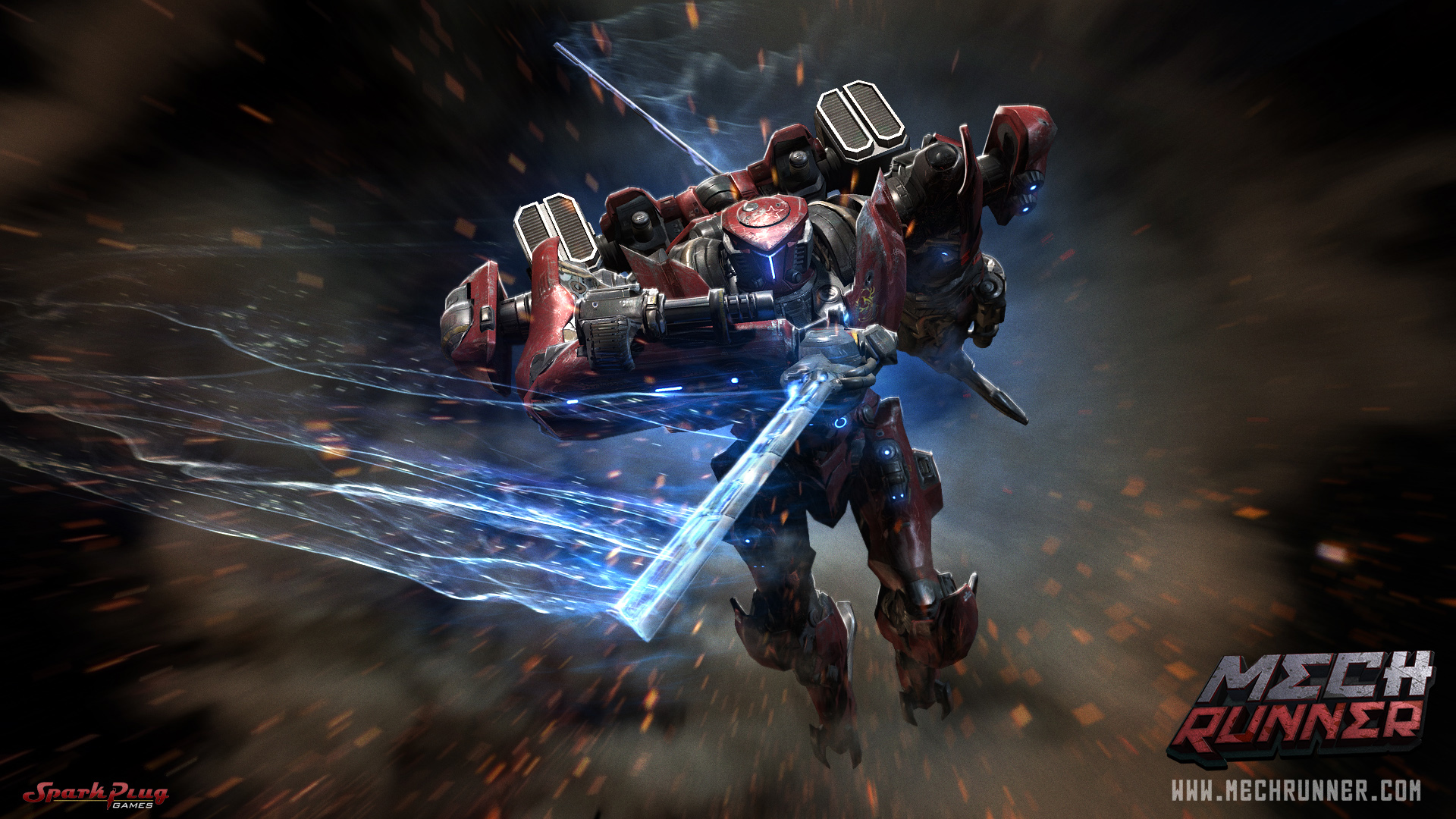 MechRunner is a new title coming from Spark Plug Games. As it is currently going through its Kickstarter campaign, we had an interview with President and Lead Engineer John O’Niell & Vice-President and Art Director Ben Lichius. Find out some information about the game as well as the developers behind it.

[Dom] What games or movies have inspired you to create MechRunner?

[John] Our inspiration for MechRunner came from some of the first few console games that we worked on together — Robotech: Battlecry and Robotech: Invasion.  There was also a good bit of influence from much older arcade games like Zaxxon, getting back to the pure nature of fun gameplay in the arcade style of gaming.

[Ben] MechRunner was as much of an evolution for us as an inspiration too. In toying around with another game we released, Plight of the Zombie, we realized that we had the mechanics in place for a decent action-runner experience. So we started building a zombie endless runner – which was fun. But at one point someone said “This would be cool with mechs!” and we were like: “Holy cow! It totally would!” We had a pitch done by the end of the week and, within 2 weeks, we had our first prototype.

[Dom] What was the inspiration behind basing the story around Russia?

[Ben] One of the fun things you get to do when telling a story about giant fighting robots is getting creative about how the technology used to make these massive machines came about. You can cheat and just say that it’s the future. You get your technology for free that way. But we thought it would be more fun to go back into the past, base our story on real events, and create an alternate world for our characters. So maybe it came from too many late nights watching “Ancient Aliens” on the History Channel, but the Tunguska explosion in Siberia seemed like a good, relatively untapped historical event to build off of – and so that’s where we started.

[Dom] How many levels/boss fights can we expect to see in the game?

[John] We have created a procedurally generated level system that will ship with three districts to start, each district with a unique boss experience.  The levels themselves will be different each time you play, and the transitions that take you between districts will allow the player to decide when they are ready to face the unique challenges of each district and the boss that resides there.

[Dom] Since the XP-41 can transform from a hover tank into a mech, are there different customization options for each form?

[John] Absolutely!  Both the tank and robot mode have unique weapons associated with the configuration, and the variables around the way the mech handles changes based on which mode you are in.  There are numerous weapons for each mode, and each weapon can be upgraded to unlock more attributes as the player progresses through the levels and collects the valuable protoenergy.

[Dom] What variations of OSO enemies can we expect to fight?

[Ben] The enemies vary in lots of ways but you’ll need to adopt different strategies to defeat them all. Some of them are stationary turrets, while others fly, hover, walk, or maneuver around like mechanical spiders.

[Dom] As the game is coming to PS4, do you have any intention of using the touch screen at all?

[John] Yes, the touch screen will be supported as a form of input for parts of the game.  There are some engaging cinematic interactive sequences in the game that really leverage the touch input where it makes sense.

[Dom] How does it feel to work with talented individuals such as Josh Nizzi and David Joseph Wesley?

[John] The creative passion that both Josh and David add to the development process are a big reason why we love to make games!  Don’t get me wrong, it’s a lot of fun writing code and creating a compelling story, but when you have such strong talent in the team who put their passion for creativity and love for building games, you get a brand that looks and sounds as incredible as MechRunner!

[Ben] And when you’re working on a project where everyone is constantly bringing their “A” game, it just makes you want to be that much better at what you do as well. So it can bring out the best in the whole team. Josh and David really do that for us.

[Dom] Why did you decide to build the game using Unity?

[John] We’ve been building all of our games and simulations in Unity for the past three years, so the team had a very strong expertise going into this development process.  Add to that the fact that when we are building new games, it’s great that we can target pretty much every platform that is available today and let the players engage with a new brand on whatever device they would like.  Unity also makes it very easy to re-use code modules from other projects we have done, and the Asset Store is incredibly rich with useful content to accelerate development.

[Dom] How fun is it be working on a game that will be coming to three platforms? One of them being a new generation console.

[John] It definitely gives us another good reason to call playing games on these platforms “research” instead of just “playtime.”  Plus, we really felt that the visual bar that we were setting with the mech and the tone of the game called for some pretty impressive technical specs when it came to running the game.  We eventually want to bring the title to as many platforms as we can, and we felt that targeting the PS4, Vita, and Steam would allow us to showcase and introduce players to this new brand.

[Dom] Do you have any tips for aspiring games designers out there that want to either join a team or create their own title?

[John] The ease of picking up industrial-grade middleware technology and the active community of game developers that exist on the internet right now gives aspiring designers out there the ability to start prototyping their ideas, and possibly even taking them to market on their own.  It is a new age of game development and the barriers to entry have been all but been eliminated.  The best way to start is to actually start doing it independently and then start getting critiques and feedback from other designers, as well as gamers themselves.

It was great to talk to the guys at Spark Plug Games about their upcoming title and we hope that their Kickstarter campaign goes smoothly. If you want to find out more information about the game and the team behind it, be sure to check out the Kickstarter page and also put some money towards the project if you want to get your hands on it.