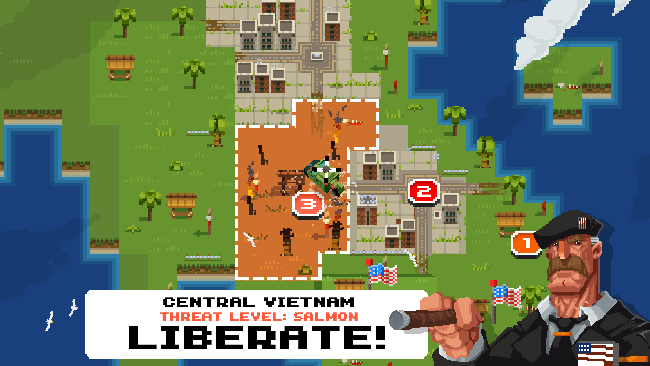 The first major update to the high adrenaline, 80s and 90s action bro’em up, Broforce, has just been released, adding a campaign map which actually allows players to go through different levels at their own pace, rather than play through the whole thing in one massive burst.

Free Lives, the studio behind Broforce, stated on their Steam page that feedback from fans had criticised the game’s campaign as being “too long and unmanageable”, and hopes that this new addition will break up the main campaign, making the brotacular action less of a slog. Also, the new update allow players to check threat levels of certain areas, possibly suggesting that you can return to levels and that randomised missions may pop up based on the current threat level. Again, the game is still in beginning stages of early access so this addition is subject to change.

Expect more Broforce updates as the year rolls on and check out the latest update video by the team below, which teases levels based on a certain 80s film about extraterrestrials. Broforce is currently in Steam Early Access.