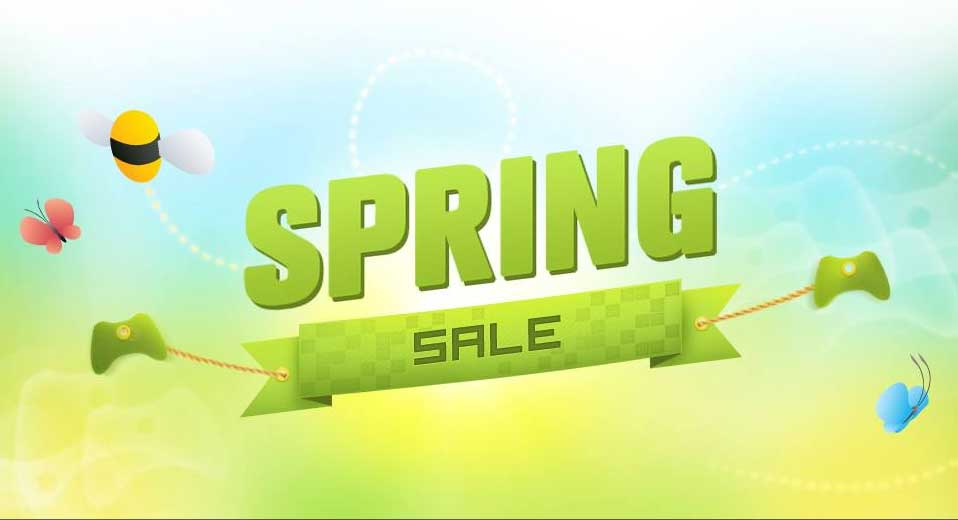 Microsoft have launched a week long Spring Sale for Xbox 360. Mostly consisting of DLC packs, and featuring the usual suspects such as Borderlands 2 alongside more uncommon sale choices like Dishonored, you’ll be sure to find something to pick up in huge collection of deals. If none of the games take your fancy, TV and movies are also included in the sales for both the Xbox One and 360.

Below you can read the list of the major deals available:

Also on offer are some other bits and pieces from across the gaming board, including Thief – The Bank Heist DLC, Skyrim DLC, Dead Island DLC, Lego Marvel, Prototype 2 and The Wolf Among Us Episode 2.

If all those add-ons weren’t enough, also available this week in celebration of 75 years of Batman are a selection of games featuring the Dark Knight. Included in the offers are Arkham Asylum and City for just £3.74, the Origins Season Pass for £6.74, Harley Quinn’s Revenge for £1.68, Lego Batman 2 for £4.49 and Gotham City Imposters for £2.49, amongst other pieces of DLC. These offers are only for Gold members, though, so hopefully you’re signed up if you’re a Batman fan.

To see the full range of Batman and Spring sales, be sure to head over to their respective pages on the Xbox website. All the deals are only available until April 21st, so you’ve got a week to pick them up.